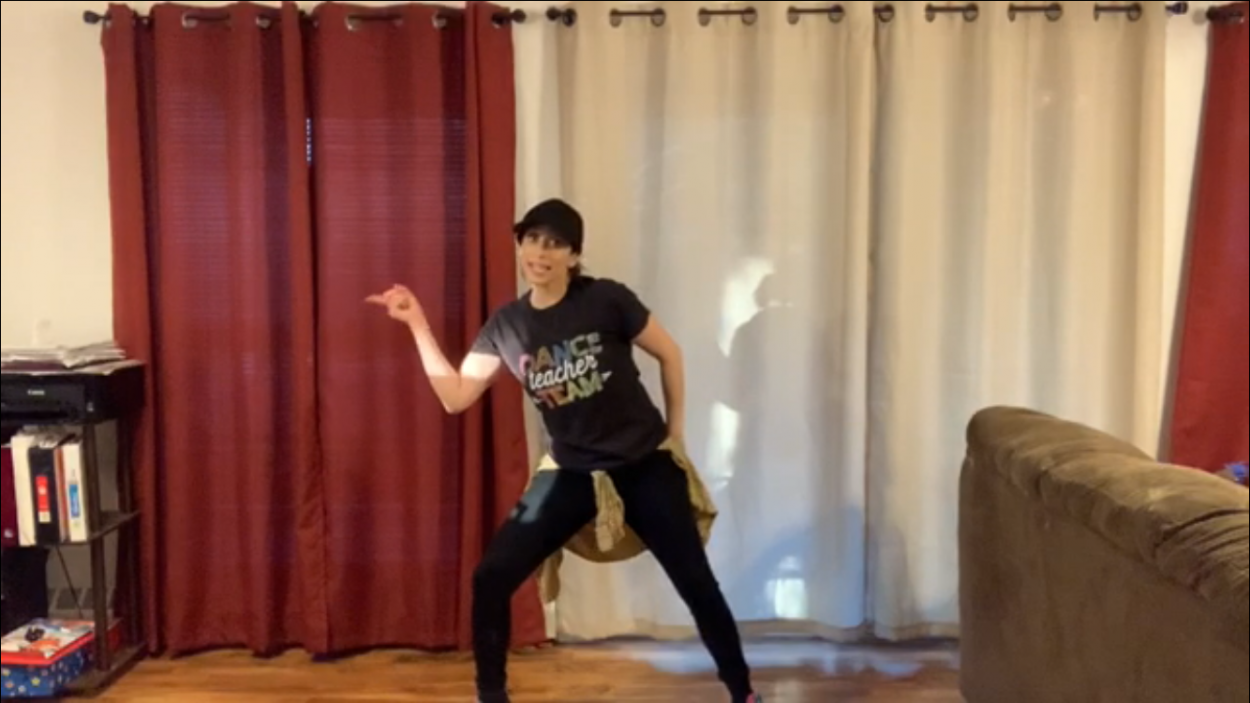 Nancy Neal teaches at the Sitka Studio of Dance, but her classes have now gone digital (Screenshot from one of Neal’s hip-hop classes)

Between a local hunker down order and a statewide stay-at-home mandate, many Sitkans are spending a lot of time indoors. But sheltering in place doesn’t mean giving up on physical activity, as local fitness and dance classes are going virtual.

Sitka Studio of Dance instructor Nancy Neal has hit pause on in-person classes. But like other teachers at the studio, she’s still reaching her hip-hop students, through video lessons.

Neal teaches four classes a week, mostly hip-hop and some musical theater, to students from 4 to 13 years old. Neal says she’s happy to help them continue dancing, to give them a chance to move around and have some fun now that many other forms of sports and socializing are suspended.

“We just wanna keep going because we want the kids to keep moving and we want to keep them active,” she said.

But reworking her teaching strategy has also brought challenges, as she and other dance instructors have to learn to be their own videographers.

“It’s been a little challenging, to be honest,” she said. “It does require a little bit of extra time and extra work for us.”

And sometimes she needs to go back and re-record something if there’s a mistake.

But if the videos are frustrating to produce, you won’t hear it in Neal’s tone once the music starts.

While Neal says it’s sad not being in the same place with her students, she does get some in-person teaching assistance from her four year-old son, like in a stretching exercise included in one of the video lessons.

“Here we go, nice and loud,” Neal says in the video. She’s seated on the floor with her son. They begin counting together, “One, two, three, four, five, six, seven, eight. Good job hands up to the sky again.”

Dancers aren’t the only ones going virtual these days. With the Hames Center also closed, fitness classes are moving online.

After a brief hiatus, Cindy Edwards is once again teaching her Total Body Conditioning workout class, using the video chat platform Zoom. Twice a week, the same diehards gather for a normal TBC class, with the now familiar twist of everyone appearing in little boxes on a computer screen. 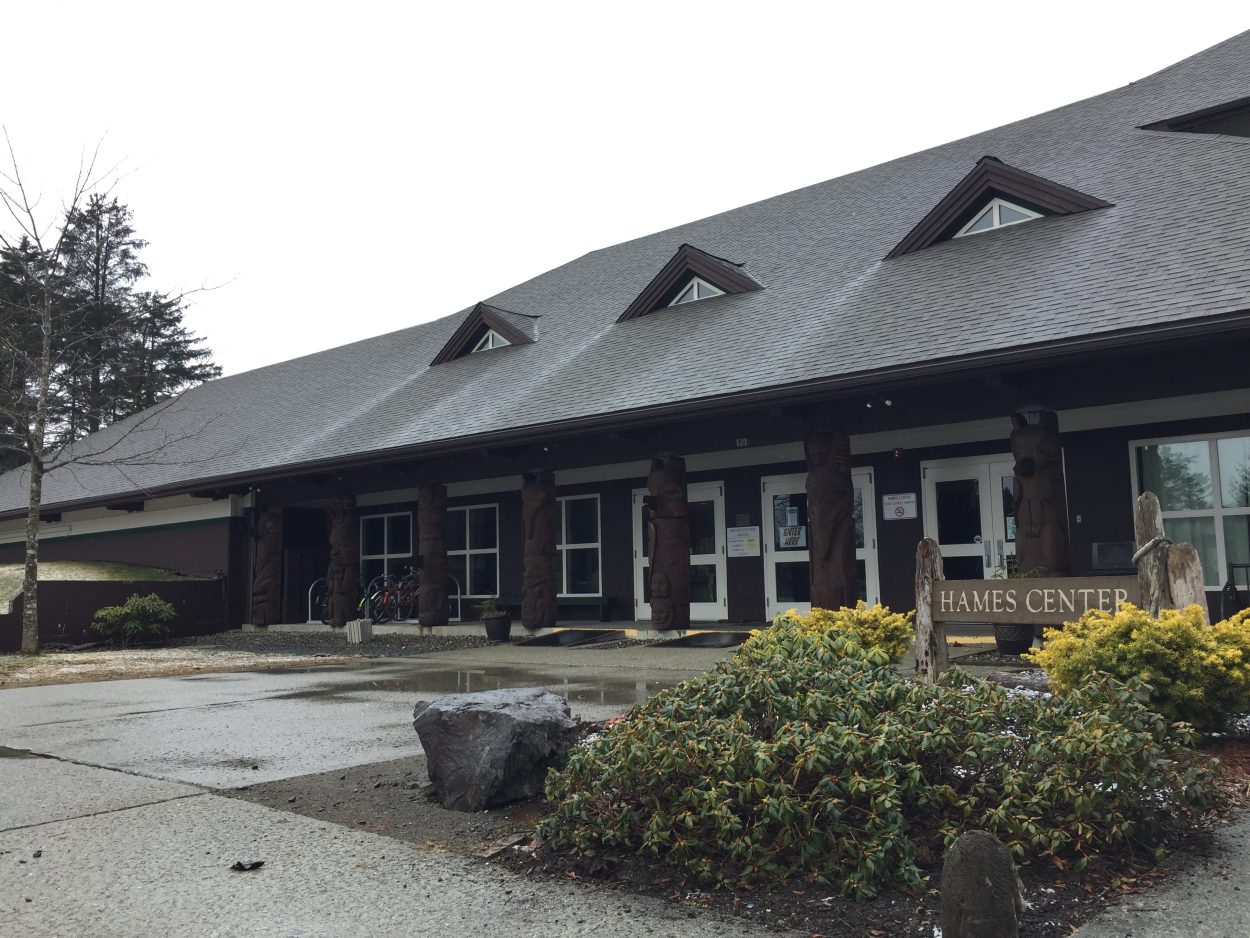 With the Hames Center closed until further notice, at least one fitness instructor has taken her class online. (Ari Snider/KCAW)

“It started just from mostly I think going a little stir crazy and then missing each other,” Edwards said.

Edwards said I was welcome to record part of a class for this story — so long as I was also sweating. Which didn’t take long.

Edwards says the class has changed as a result of moving online. She can’t walk around the room and adjust people’s form. And without the normal set of dumb bells, they also have to improvise their own free weights.

“Another person had these huge rocks,” she said, recalling a recent workout. “And I was like ‘Do you guys know how much those weigh?’ and they’re like ‘Nope, no idea!’ So it’s kind of like a Flintstones workout for those people.”

Edwards says she feels the benefits of her workout classes as much as anyone. At a time when it’s easy to feel overwhelmed by the state of the world, she says working up a sweat and getting those endorphins flowing is more important than ever.

“Right now, with all the stress that people are living with and all the uncertainty, it’s really important just to focus on something else for a while,” she said.

But if you’re looking for a way to release endorphins, and fitness classes aren’t your thing- Nancy Neal, the hip-hop instructor has an idea- virtual disco. She recently livestreamed a dance party on Facebook and Instagram, encouraging her friends to tune in and get down, from the comfort of their own homes. It was a hit, she says — a bunch of people asked when she’ll do it again.