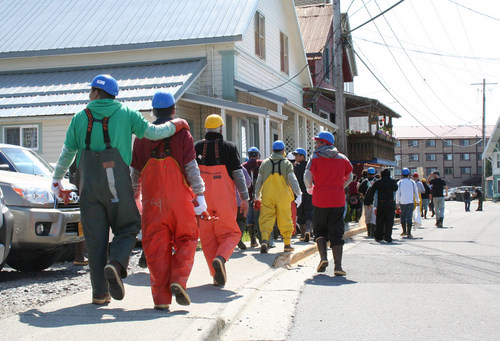 Dr. Elliot Bruhl, the chief medical officer of the Southeast Alaska Regional Health Consortium, has asked the state to disallow the relocation of 450 workers from Mexico and the Lower 48 to Silver Bay Seafoods in Sitka.

Bruhl obtained a copy of Silver Bay’s mitigation plan through the Sitka Emergency Unified Command, and said “while it may appear reasonable, in its present form, it is contradictory to medical reason.”

In a letter dated April 7, 2020, to the Department of Commerce, Community, and Economic Development Commissioner Julie Anderson, Bruhl wrote:

It is naive to believe that all 450 of their workers will self-quarantine for 14 days before embarking for Alaska. It is unrealistic to plan quarantine for 14 days after arrival in a bunkhouse due to shared sleeping quarters. The medical reality is that despite best efforts, if this plan is enacted, the virus will come to Sitka and spread to these workers and the community, creating a strain on limited medical resources intended for the entire region.

The state has not yet replied to Bruhl’s letter, nor has it released copies of the “mitigation plans” submitted by seafood processors, or by any Alaska businesses bringing seasonal workers into the state.

Dr. Elliot Bruhl discussed the issue further on the April 14, 2020, episode of Talk of Alaska, from Alaska Public Media. Listen to the full program here.