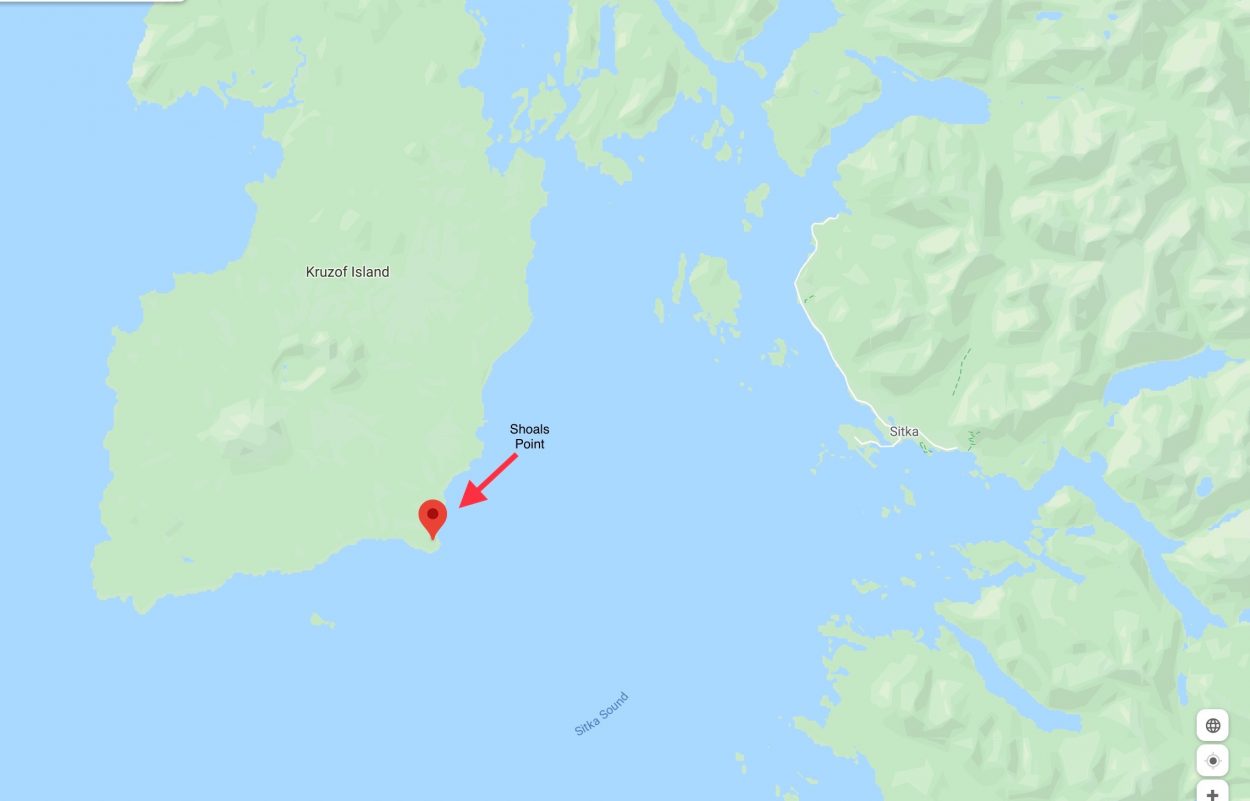 Human skeletal remains have been discovered on Kruzof Island about 5 miles from Sitka. Although the identity of the deceased remains unknown, officials believe the remains are contemporary — rather than archaeological.

Sitka Police Chief Robert Baty said they received a call on Sunday, April 12, around 3:30 in the afternoon. A group of hikers in the Babcock Fort area had discovered human remains. The police department responded, along with Alaska State troopers and the Forest Service.

“We did a quick scene, based on the time and location, we were able to recover a skull and lower jaw and other remains,” Baty said. “We marked our area and made some other plans to go back in.”

The remains were about 500 yards from the shoreline, in the woods. A second search a week later uncovered additional remains, all believed to be a part of the same body.

“We couldn’t tell male or female,” Baty said. “The remains were sent to the state medical examiner’s office to make that determination. It was pretty apparent they were not archaeological in nature. They didn’t exhibit a bunch of age and any of the things you would normally see for bones that are dated.”

The identity of the deceased person remains unknown, as is the cause of death. The remains were sent to the State of Alaska Medical Examiner’s office, and the Alaska State Crime Lab for examination.

“Right now, we’re just waiting on trying to identify the person so we can start backtracking and figure out what happened here,” Baty said.

Baty said the investigation is ongoing, but couldn’t give a precise timeline for when he will have more information from the state. Many state agencies are currently operating with reduced staff due to the coronavirus pandemic, including the state crime lab, so it could take longer than usual to get results.

Editor’s note: A previous version of this story mistakenly noted March 12 as the date the remains were discovered on Kruzof Island. April 12 is the correct date.