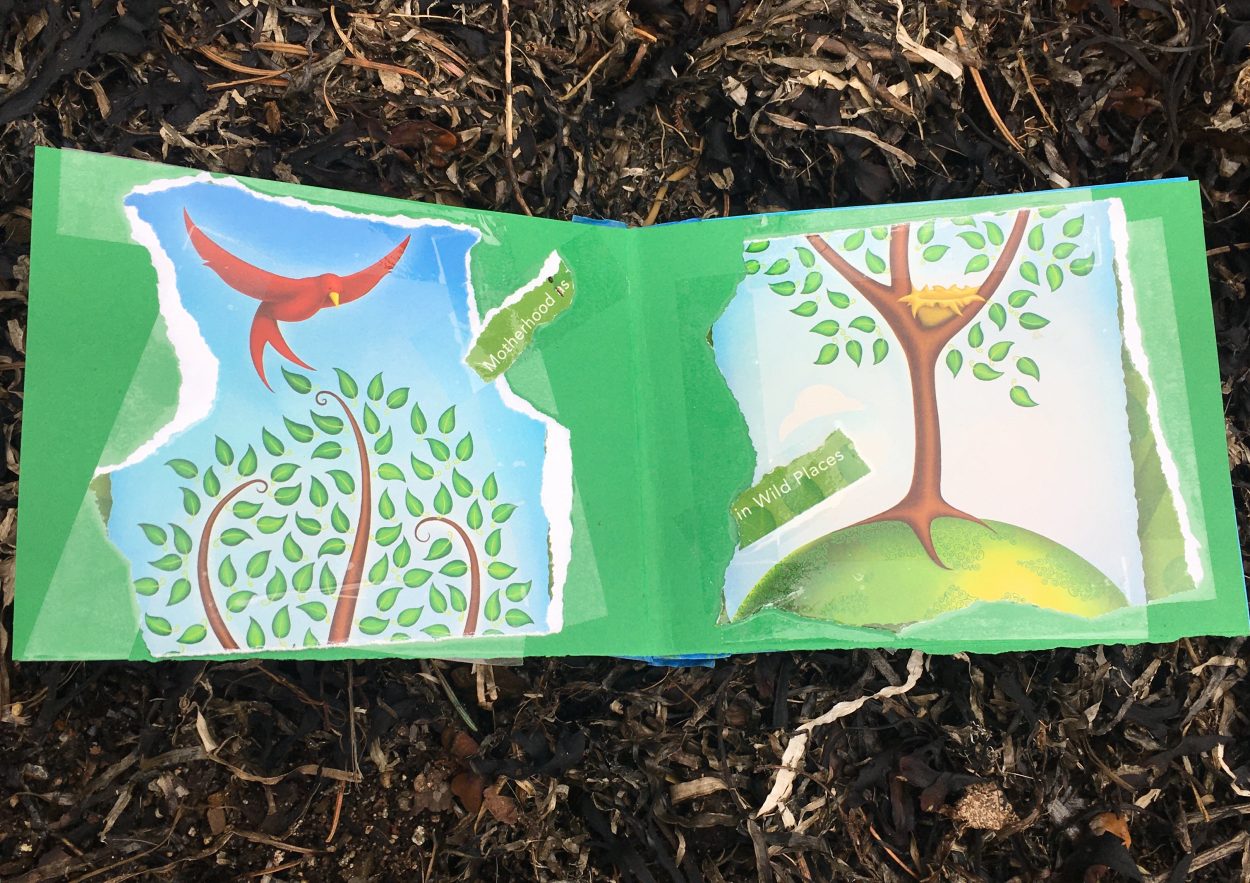 One of the zines that came out of the workshop. It reads, “Motherhood is in Wild Places.” (Photo provided by Matthew Jackson/Southeast Alaska Conservation Council)

Climate change, like any global crisis, can be hard to wrap your mind around. It is at once abstract and deeply personal, affecting everyone in different ways. One Sitkan thinks art can be a crucial tool in processing those feelings.

When it comes to addressing climate change, serious conversations tend to focus on reducing carbon emissions, generating more clean energy, and other big picture issues. Zines, on the other hand, hardly come up at all.

“Does anyone here know the actual definition of a zine?” asked Ellie Schmidt, addressing a group of fifteen or so people who’d called in to her video conference workshop on art and climate change. “Well it’s a trick question,” she continued. “The whole point of a zine is to be outside of traditional definitions of publications and distributed print.”

In the most general sense, a zine is a homemade publication, often in the form of a little booklet. But it can really be anything you want it to be. The whole point is to get creative, using whatever material you have on hand.

“So I have some of these sticky notes, I have this like old Rainier box, I have an old textbook,” Schmidt said.

Schmidt put on the workshop in partnership with Matthew Jackson, a climate organizer at the Southeast Alaska Conservation Council.

“Art’s got power to inspire, to make sense of madness,” Jackson said. “To help us just feel the madness when there’s not sense to be made.” 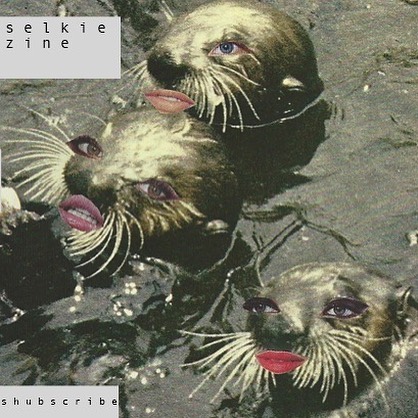 A page from the Selkie Zine, an ongoing project that Schmidt and a friend publish from time to time. (Photo provided by Ellie Schmidt)

Schmidt, a mixed media artist who works in just about every medium, from painting to underwater photography, says most of her artwork is already about processing her emotions around climate change, and that zines are a particularly compelling way to do this.

Schmidt says it can be hard to come up with the words to describe the grief, anxiety, or fear that climate change can provoke. She thinks that’s partly because so much of literature, poetry, and other forms of art focus on human-to-human relationships. In her work, Schmidt tries to map those human emotions onto the natural world.

“In my zines I sometimes pair images of something like fishing words from a person in my life,” she said. “And oftentimes those seemingly disparate things can come together to create interesting emotional metaphors.”

Schmidt says she used to approach art as a tool for climate change activism, to try to inspire people to take action. While she still thinks that art can do that important work, in her own practice she’s moving in a different direction.

“Just wanting to get people to sit for a while and think about how they feel about climate change. Because a lot of times we’re focused on the action, which is good, but I think it’s also meaningful just take some time and feel,” she said.

This workshop was a little bit of both, a time to process emotions through art while also generating some creative lobbying material for the Southeast Alaska Conservation Council to put on lawmakers’ desks.

The session was originally supposed to be held in person in Schmidt’s studio — before COVID-19 turned everything upside down. But doing it over video conference had some benefits, like allowing people to join in from as far away as Anchorage.

Schmidt says the forced improvisation of doing the project from home was itself a good lesson.

“Just affirming that you can make art at home and with any materials that you have at hand,” she said.

Though the subject matter was still focused on climate change, it wasn’t hard to draw parallels with the current stress of living through a pandemic, a different sort of global crisis that is at once abstract and deeply personal, one that brings up a range of emotions for everyone.

And, coincidentally, zine making is a perfect quarantine crafting project — a celebration of creating something scrappy and beautiful with whatever materials are lying around the house.

A final digital version of the artwork created from the workshop series can be found here.