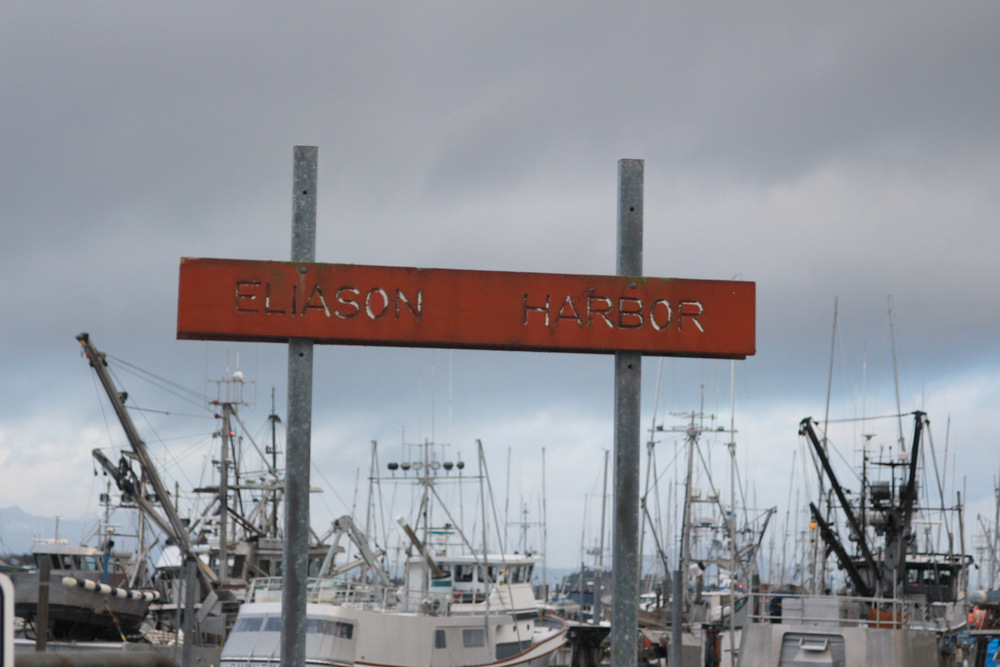 Sitka’s Eliason Harbor, pictured here in 2017, where the boat fire broke out on Tuesday. (KCAW/File Photo)

A fishing boat caught fire in Sitka’s Eliason Harbor on Tuesday (5-5-20), but the blaze was extinguished by the owner and bystanders, with an assist from the Sitka Fire Department.

The fishing vessel Seanna was moored on the harbor’s outermost finger, when the fire broke out at about 4 P.M. Bystanders and the boat’s owners responded quickly and were assisted by the Sitka Fire Department in bringing it under control.

Seventeen firefighters responded to the call, and spent over an hour extinguishing lingering hotspots after the flames were put out. They used hoses and a high-pressure seawater pump.

Sitka Fire Department senior engineer Craig Warren said the fire “gutted the cabin,” but that no one was hurt. The cause of the blaze remains under investigation.

Editor’s note: An earlier version of this story included a photo from the ANB Harbor, not from Eliason. The photo has since been updated.