Assembly rolls back travel quarantine, and ‘hunker down’ rule expires 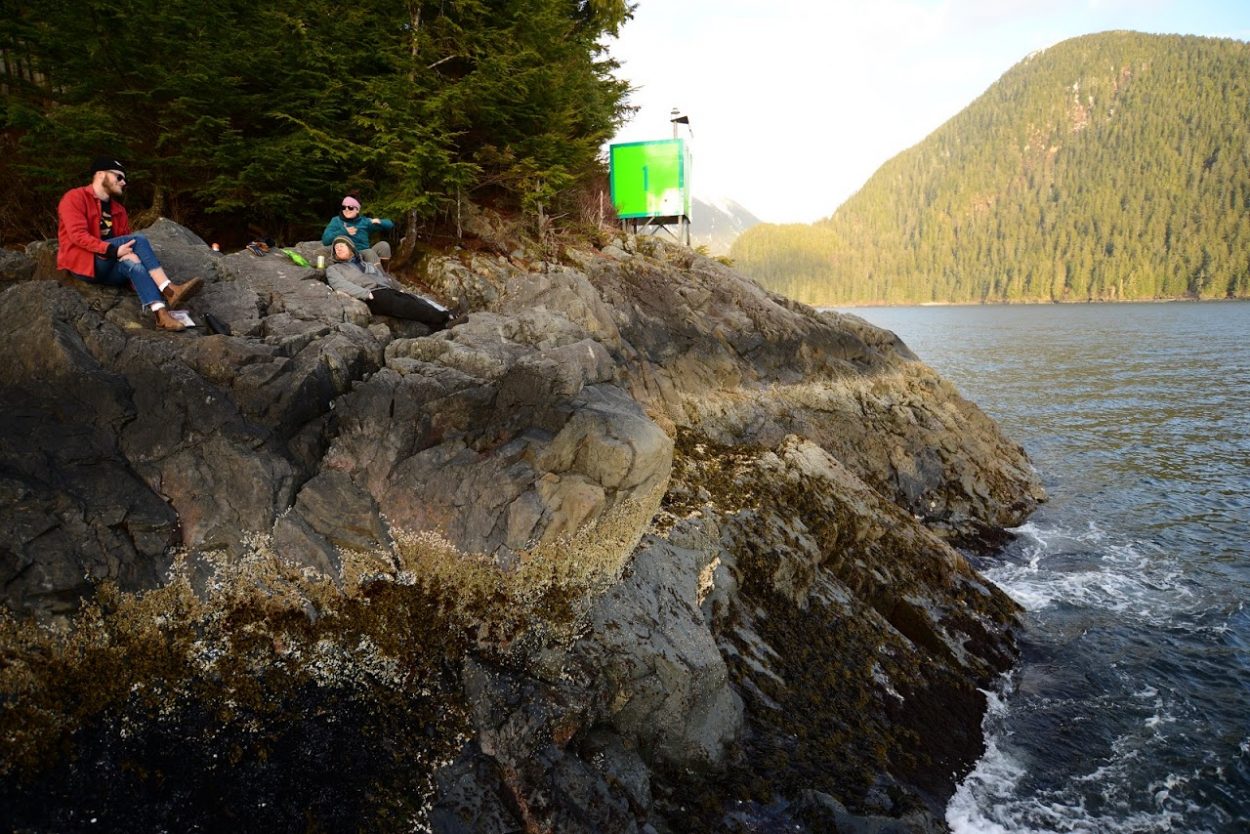 Young Sitkans social distance in spring weather. Sitka, Alaska. April 9, 2020. The local “shelter in place” rule expired this week, though the city is asking that Sitkans continue to comply with the state mandates and social distancing guidelines. (Photo/Berett Wilber)

Sitka is relaxing its tough quarantine policy to fall in line with the governor’s health mandates that allow Alaskans to move freely within the state. Also, the community’s local shelter-in-place rule, known as “hunker down,” has come to an end.

Travelers arriving in Sitka will no longer be required to quarantine if they’re coming from another community in Alaska. When the Sitka Assembly met on Tuesday (5-12-20), it lifted a local emergency ordinance that required anyone traveling to Sitka, except health care workers, to quarantine for 14 days, and required businesses bringing in employees to submit protection plans to the city.

From the beginning, there were questions about the legality of the city’s quarantine ordinance, which was enacted in April as a measure to reduce the spread of the coronavirus into Sitka. It was stricter than state mandates, which require only those traveling from the lower 48 to quarantine, and exempts many essential workers, not just critical healthcare workers.

There were also questions about how the city would enforce the ordinance. City Administrator John Leach said the conflicting laws made it confusing for local business owners. And the city was depending on people to follow the local law without enforcement.

“The mandates are in place, and the ordinances are in place, for the time being, and the exemptions exist for people to travel in. You can probably talk to anybody around town and they’ll tell you they know somebody who flew in and just ignored it,” he said.

Public comment was divided over whether the assembly should roll back the quarantine requirement. Assembly member Thor Christianson said while he was okay with exempting a small subset of essential workers from quarantine, he was concerned about lifting the ordinance all at once.

“We have to be careful not to indulge in magical thinking and just because we’re really sick of this, which everybody is,” he said, while the rates of infection are increasing in parts of the lower 48.


But assembly member Richard Wein said the quarantine ordinance had outlived its usefulness and the city should align with the state’s directives. He said it was possible to mitigate risk, but not eliminate it.

“Perfection would require sealing off our borders which we’re not going to be able to do,” he said. “People are coming in all the time. On Mother’s Day, I took a wonderful ride through our beautiful city, and let me tell you, it was alive. Sandy Beach looked like Coney Island.”

The action aligned Sitka with the state’s travel mandate — currently in effect through May 19 — requiring everyone traveling from the lower 48 to quarantine for 14 days after arriving in Alaska.

The city’s local hunker down ordinance also expired May 12. Assembly members did not propose an extension, but approved a resolution, calling for Sitkans to follow state health mandates and continue following current social distancing guidelines.

Assembly member Kevin Mosher said the language in the resolution was not enforceable or necessary.

“Some people might feel like it’s a little condescending,” he said. “I think people have good common sense to follow the state mandates, so for that reason I’ll be voting no.”

But assembly member Kevin Knox, who pushed back on lifting the quarantine and authored the new resolution, said it was a necessary reminder. He said not everyone in Sitka is complying with the state health mandates, and also noted the high foot traffic at Sandy Beach on Mother’s Day weekend as an example.

“I know I said earlier that I’m not real confident in the governor’s mandates and his approach to our situation. But I think barring the fact that we’re not going to continue with the hunker down [resolution], I wanted to bring this forward, just to reiterate to the people of Sitka that this is important, that we would like to see everybody paying attention to where the governor is drawing the line in the sand.”

Now that the local “hunker down” rule has been lifted, the city is reopening buildings and offices to the public. For some departments, appointments are required, customers are asked to follow posted social distancing guidelines and are encouraged to wear masks.