Brothers, 64 and 65, rescued unconscious from overturned skiff near Elfin Cove 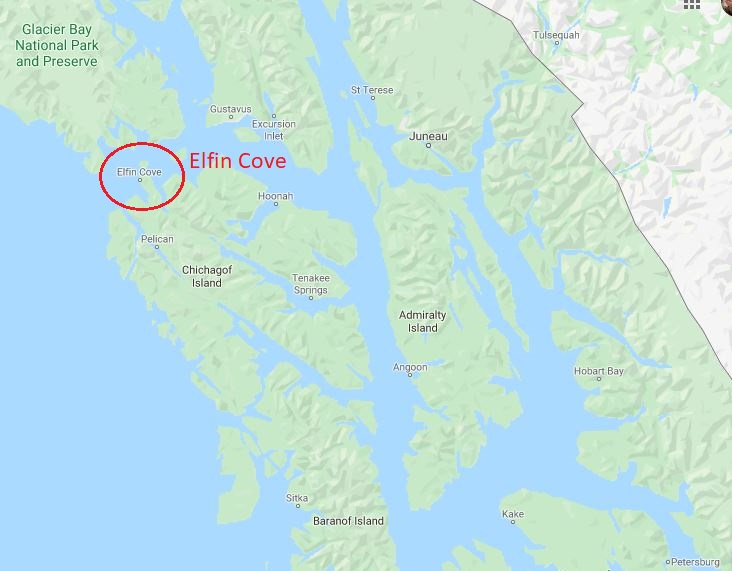 The Coast Guard credits prompt action by Good Samaritans in saving the lives of the two brothers — both of whom also were wearing life jackets. (KCAW image)

Two men were rescued alive-but-unconscious after their skiff overturned Tuesday afternoon (5-26-20) about a mile northwest of the Chichagof Island community of Elfin Cove.

According to the US Coast Guard, a Good Samaritan vessel pulled the men from the water, and transported them to the floatplane dock in Elfin Cove. A rescue helicopter from Air Station Sitka hoisted the men at 7:45 P.M. and transferred them to emergency medical services personnel in Juneau. They were subsequently taken to Bartlett Regional Hospital.

The Coast Guard says the men were 64- and 65-year old brothers, traveling on the 90-mile trip from Sitka to Pelican, when their 14-foot skiff ran into trouble.

Lt. Brian Dykens runs the Sector Juneau Command Center. He says the case demonstrates the importance of Good Samaritan vessels in the cold waters of Southeast Alaska. Dykens credits the prompt action of several mariners with saving the lives of the two men.

In addition, Dykens says both of the men were wearing life jackets.