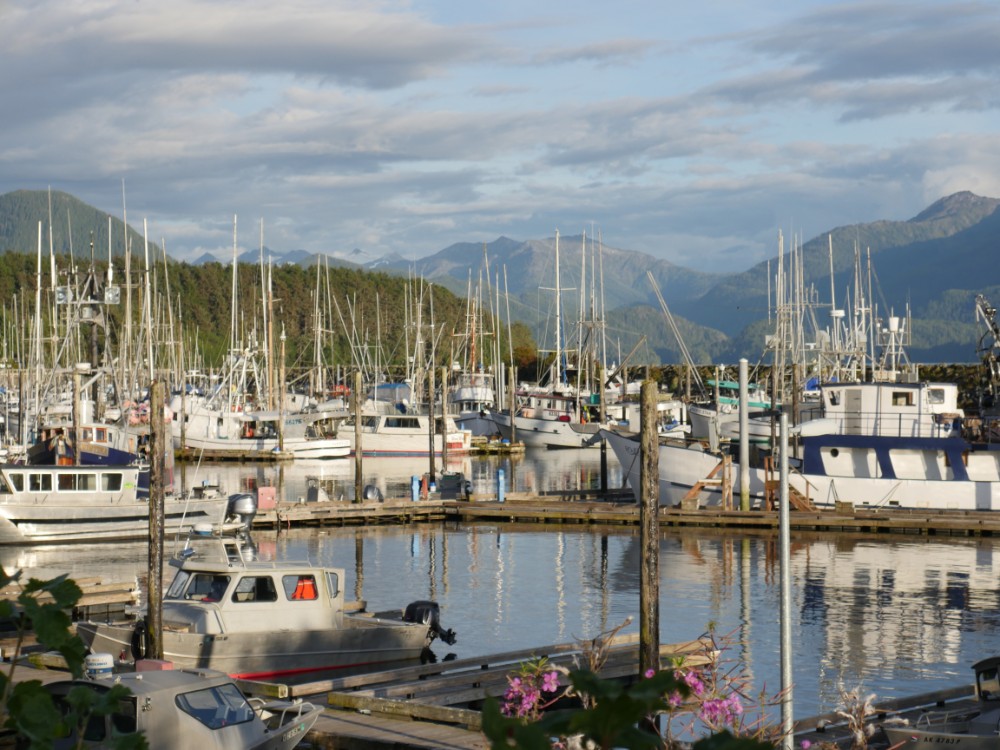 Rate payers, like those paying to moor their vessels in Sitka’s harbors, will likely get a break on their bills this summer. The Sitka Assembly is setting aside $4.5 million in CARES Act funding to pay for utility and moorage subsidies (KCAW/Renusha Indralingam, 2017)

Sitkans who have been financially hurt by the coronavirus pandemic will likely get breaks on their utility and moorage bills this summer. The Sitka assembly on Tuesday night (5-26-20) decided to move forward with two proposals to distribute CARES Act funding to Sitkans through subsidies.

The subsidies would be paid for with $4.5 million of the over $14 million in federal disaster relief funding that will pass through the state to the city.

Assembly member Kevin Mosher, who co-sponsored the ordinances, said it was not a perfect solution but an attempt at a practical one.

“We could be talking about how we’re going to do this til the cows come home,” he said. “We’re taking a stab at it. This seems like the most fair and equitable way to get out money to people quickly.”

With the utility subsidy, Sitkans will be able to apply for a credit if they can demonstrate economic hardship as a result of the coronavirus pandemic. Only one application per household and business will be allowed, with a July 31 submission deadline. Approved residents would receive a one-time $1,000 credit to their utility accounts. Businesses would receive $3,000.

For moorage, each eligible applicant would receive a one-time payment in their moorage account, that would be the maximum of moorage costs billed for one quarter of the calendar year.

But there was a question of how the city would verify who was eligible. Co-sponsor Thor Christianson said he envisioned a simple form included in each utility bill, where customers could check a box to verify that they’d been economically affected by the coronavirus pandemic. At least initially, Sitkans wouldn’t need to provide any more documentation to qualify for the subsidy.

“I think a simple ‘We’ve been hurt’ meets the spirit of the law,” Christianson said. “And if you read [the ordinance], it says ‘I’ve had to use savings to pay bills. Well there’s not many people right now that aren’t saying that.”


Members Valorie Nelson and Richard Wein were in favor of both subsidies, but Wein was concerned about documentation. He asked municipal attorney Brian Hanson if they would need more from citizens, should the city be audited. Hanson said the legal interpretation of the CARES Act was still evolving, but it looked like the “honor system” should suffice.

“We don’t know where this is finally going to completely drop out, but it’s the best effort using reads of the CARES Act to make a means test which is an honor system certification that someone walks in the door and says ‘I’m having trouble making ends meet and I’m depleting my savings because of what COVID has done for me,” Hanson said. “So I’m checking that box and signing on the bottom of that page that says that I’m in those circumstances, and therefore I should get this fee.”


Member Steven Eisenbeisz was in favor of the utility subsidy but not the moorage subsidy. He suggested the assembly consider helping the fishing fleet under another category the assembly was considering in its overall plan for doling out CARES Act funding.

“There is a “Rents, mortgage, and lease” section. My suggestion is to put moorage in with that. Because if you’re already giving a fishing business a business grant, just like a land based business would,  then you help them out with their rent, that’s the equivalent of a moorage for a fishing boat,” he said. “To me that’s a much more fair way to divvy all that out should we go down that path.”

The assembly will meet again on Thursday (5-28-20) to discuss establishing a CARES Act working group, to develop more ideas for using Sitka’s share of the disaster relief funding.