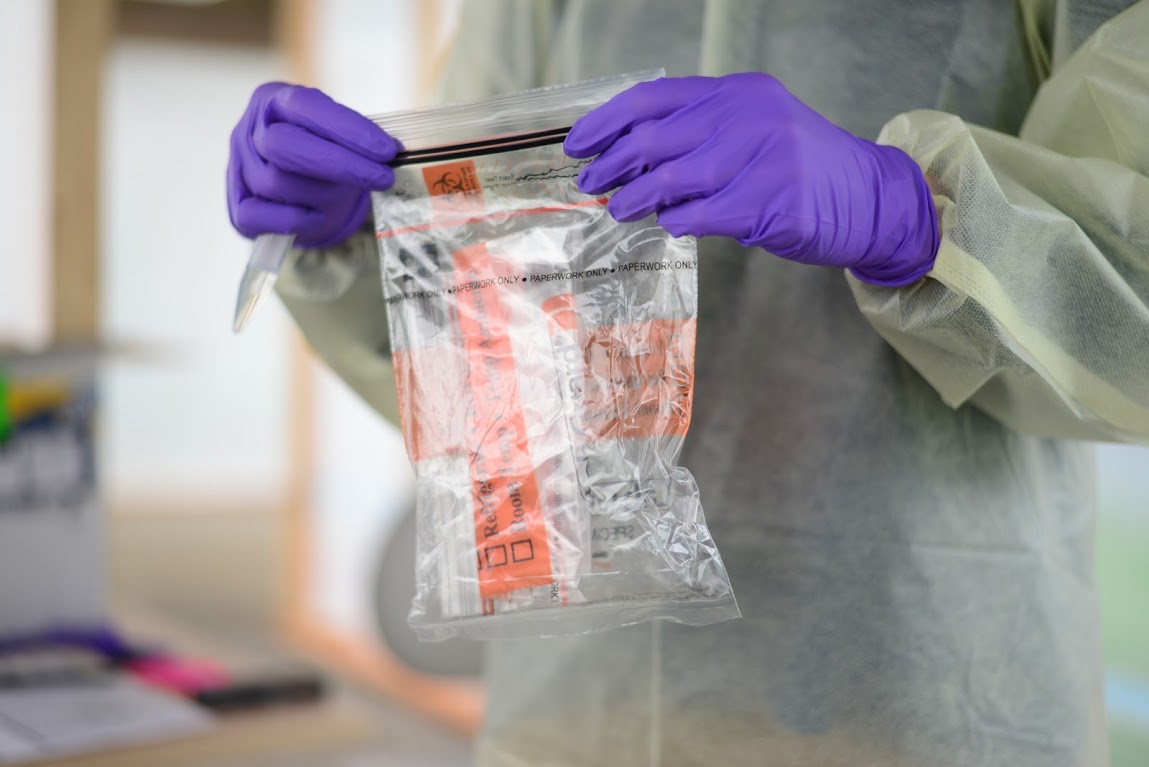 SEARHC personnel test a colleague for COVID-19 at the employee screening tent behind the hospital. Sitka, Alaska. April 28, 2020 (KCAW/Berett Wilber)

Health officials announced the third confirmed coronavirus case in Sitka (6-4-20), but the case won’t be counted in Sitka’s official state tally, since the person is a non-resident.

According to a press-release from the Sitka Unified Command, the male patient recently traveled from out-of-state and had been self-isolating. He visited Mountainside Family Clinic’s testing tent on June 2.

Exhibiting symptoms, he then went to Mt. Edgecumbe Medical Center, where he was isolated and treated. He was later discharged and continued quarantining at his residence.

The state counts non-resident cases separately, but as out-of-state residents travel into Alaska for seasonal work, that number is growing. On Thursday (6-4-20), the number of non-residents testing positive for the coronavirus in Alaska nearly doubled, with 18 new cases. Most non-resident patients work in the seafood industry, but it’s unclear where the Sitka patient works- the state’s data says “other industry.”

The state currently does not release recovery data for non-residents.

Editor’s Note: This story was updated at 4:05 p.m. (6-4-20) to include additional information released from the state Department of Health and Social Services.