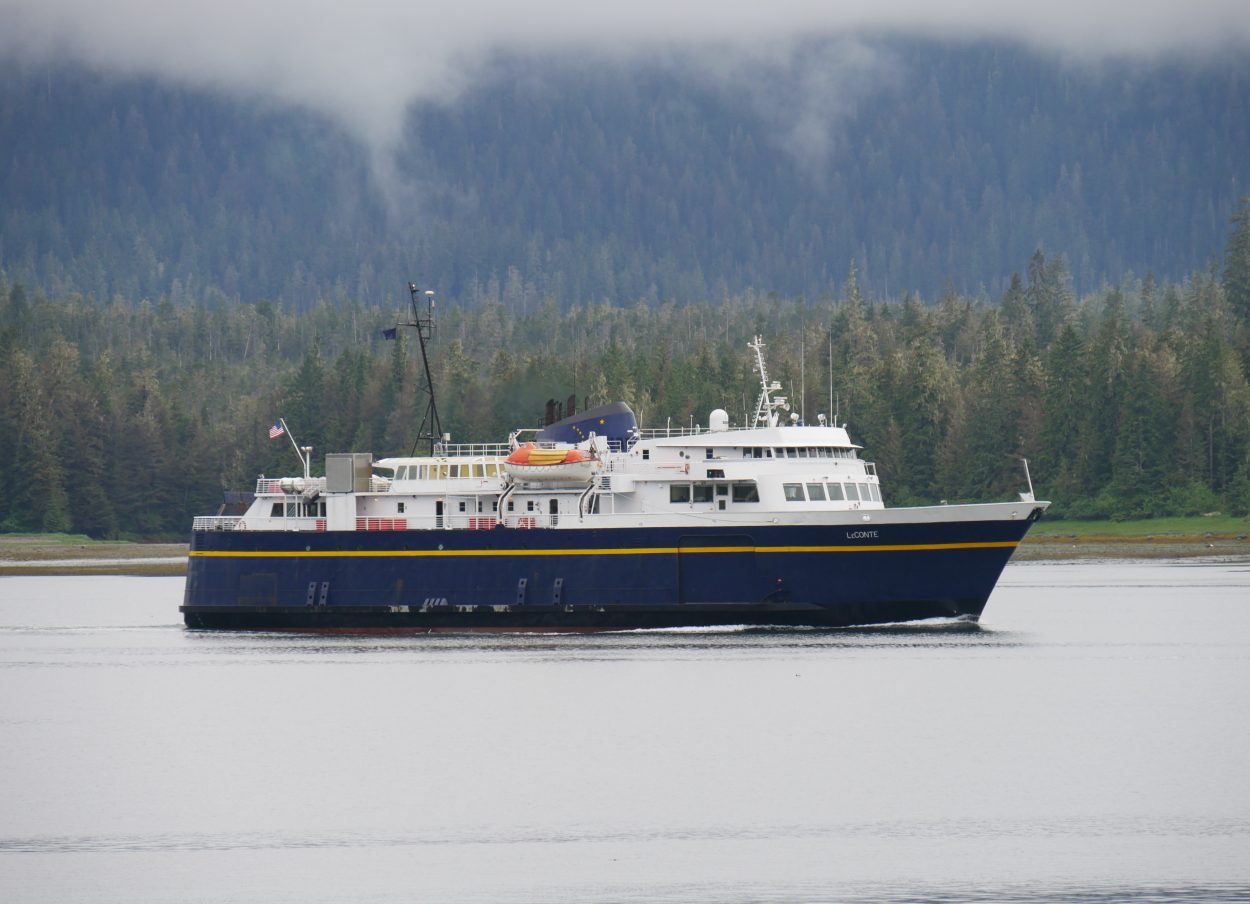 The Alaska Marine Highway System ferry LeConte sailed from Juneau to Pelican and back. The trip was originally scheduled for May, but unfinished repairs and the coronavirus pandemic delayed the vessel’s sailing.

Pelican Chamber of Commerce President Norm Carson says 34 passengers got off the boat, down from the normal 85 to 90 this time of year thanks to the coronavirus pandemic. Nevertheless, the scene was chaotic. The car deck was full of large vehicles packed with freight.

“Everybody is trying to get their stuff, get it loaded, everybody’s helping one another,” he said. “It was just amazing how everyone gets along so well on ferry day.”

Pelican doesn’t receive barge service. Since October, float planes have been pretty much the only option for getting things and people in and out of the community of around 90 people.  But during the winter, poor weather conditions can mean weeks without plane landings. Carson said they did have a few fishing boats bringing in orders from Juneau. But that’s it.

Carson was at the dock to pick up his 10-year-old grandson and his wife, who returned from a shopping trip in Juneau.

Pelican’s fish plant re-opened a few years back, and they made use of the June sailing as well.

“It looked to me like about 15,000 lbs. of frozen, value-added product left on the LeConte yesterday, headed to Juneau to be stored in a warehouse over there (and) then distributed down south. So our economy is centered around marine transportation,” he said.

In the past, Carson said that Pelican saw two sailings a month in the summer. The next ferry to Pelican is scheduled for mid-July.