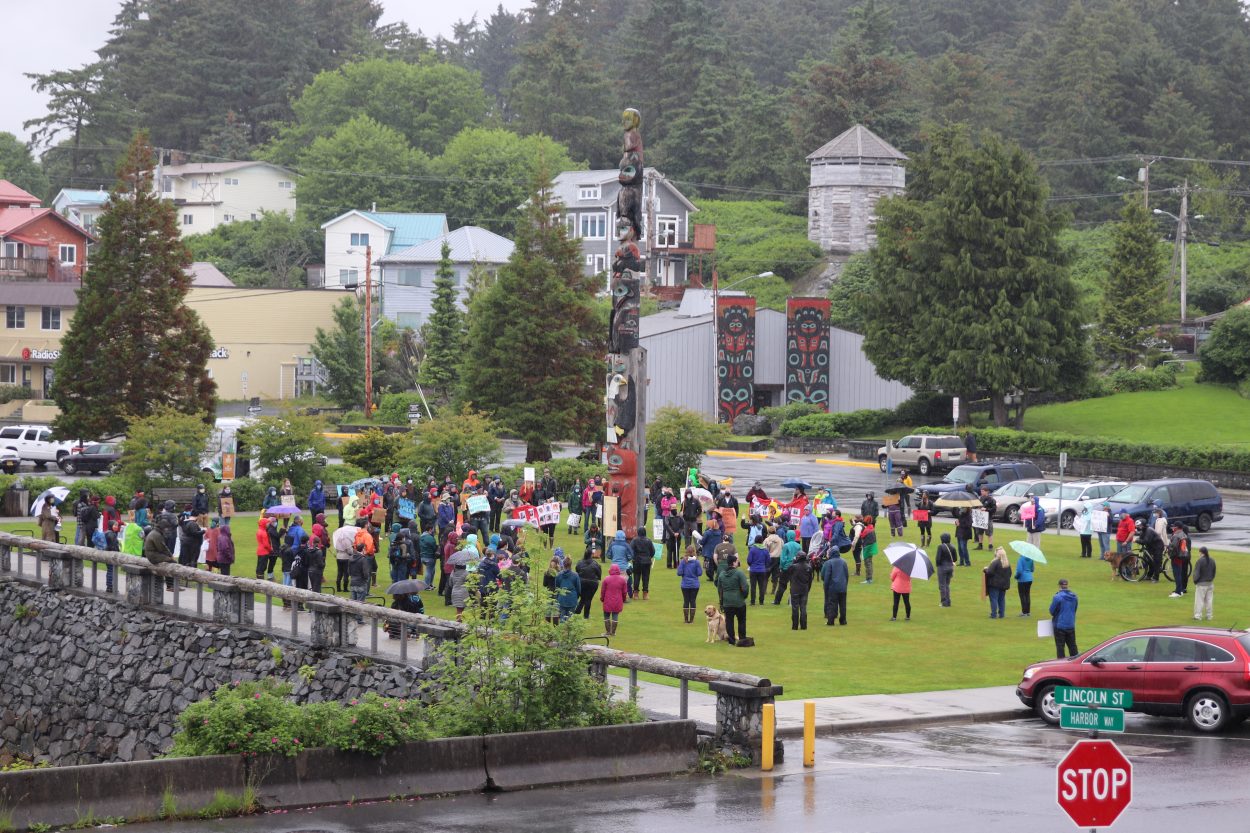 Around 150 Sitkans marched on Friday (6-19-20) to commemorate Juneteenth. The holiday celebrates the emancipation of enslaved people in the United States. Specifically, it acknowledges the day in 1865 when enslaved people in Texas finally received word of their liberation, over two years after President Abraham Lincoln signed the Emancipation Proclamation.

The group of Sitkans marched from the Crescent Harbor Shelter to Totem Square. Many held signs in solidarity with the Black Lives Matter movement. 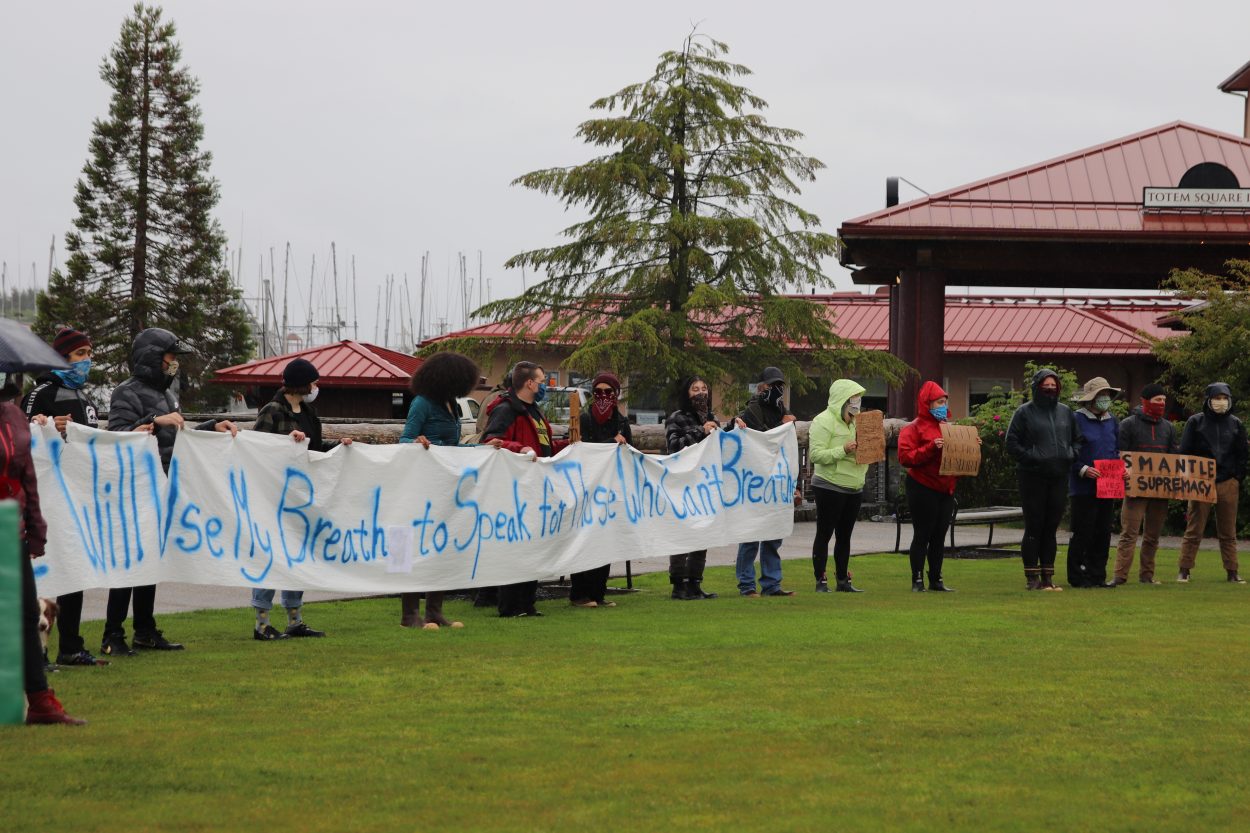 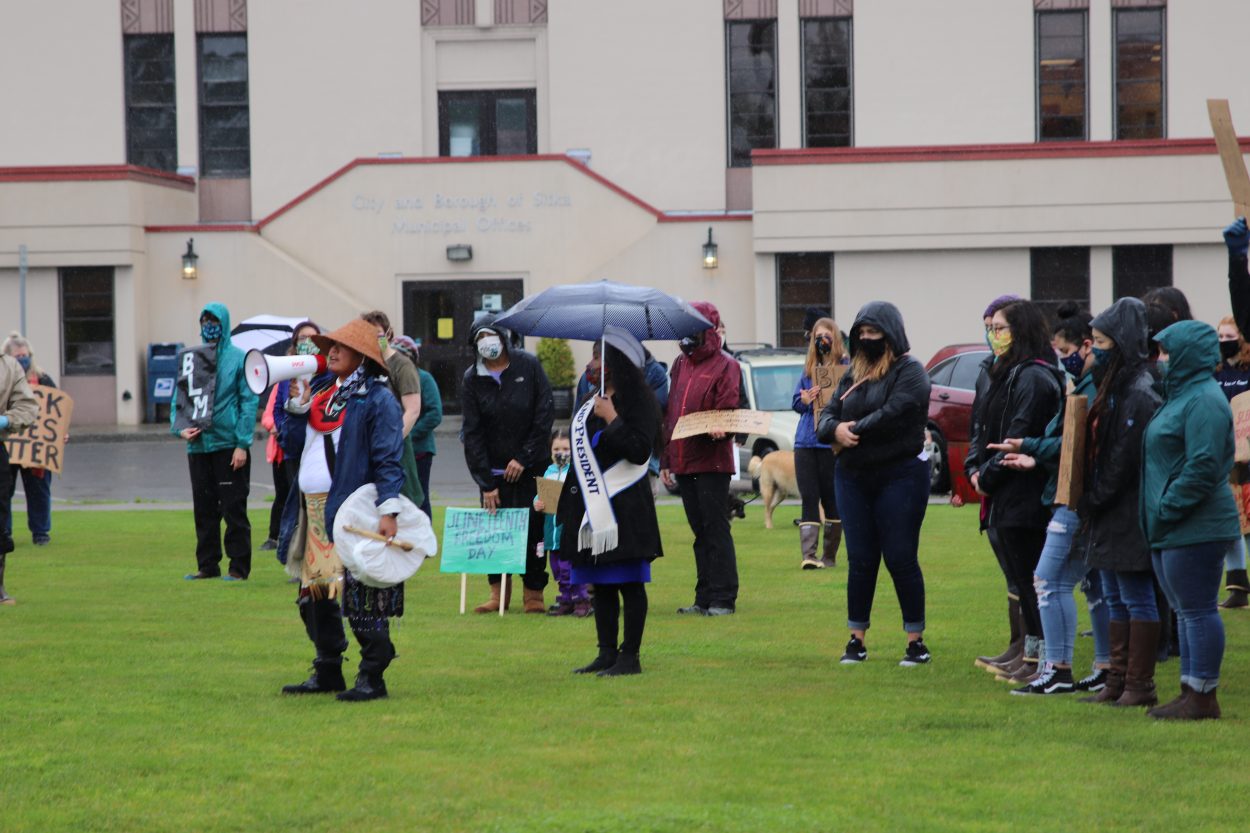 Left: Dionne Brady-Howard, of the Kiks.ádi clan, shares some words before joining a group in singing several traditional Tlingit songs. Most songs were celebratory in honor of the holiday and emancipation, but the group also led demonstrators in a mourning song. “We want to acknowledge the fact that we have loss,” said Brady-Howard. “We are not free until all are free.”

This is the second large-scale demonstration in Sitka this month. The first was a silent vigil held on June 1 to honor George Floyd, a Black man who died in Minneapolis Police custody last month. Floyd’s death sparked nationwide protests after a widely circulated video showed a white police officer Derek Chauvin pressing his knee on Floyd’s neck for over eight minutes. Chauvin was later arrested and charged with second degree murder.

The vigil in honor of George Floyd drew a crowd of at least 250 people. Smaller groups of protesters have stood at Sitka’s most prominent roundabout nearly every day for the last two weeks in solidarity with the Black Lives Matter movement, in hopes of calling attention to both systemic and systematic racism in America and Sitka. 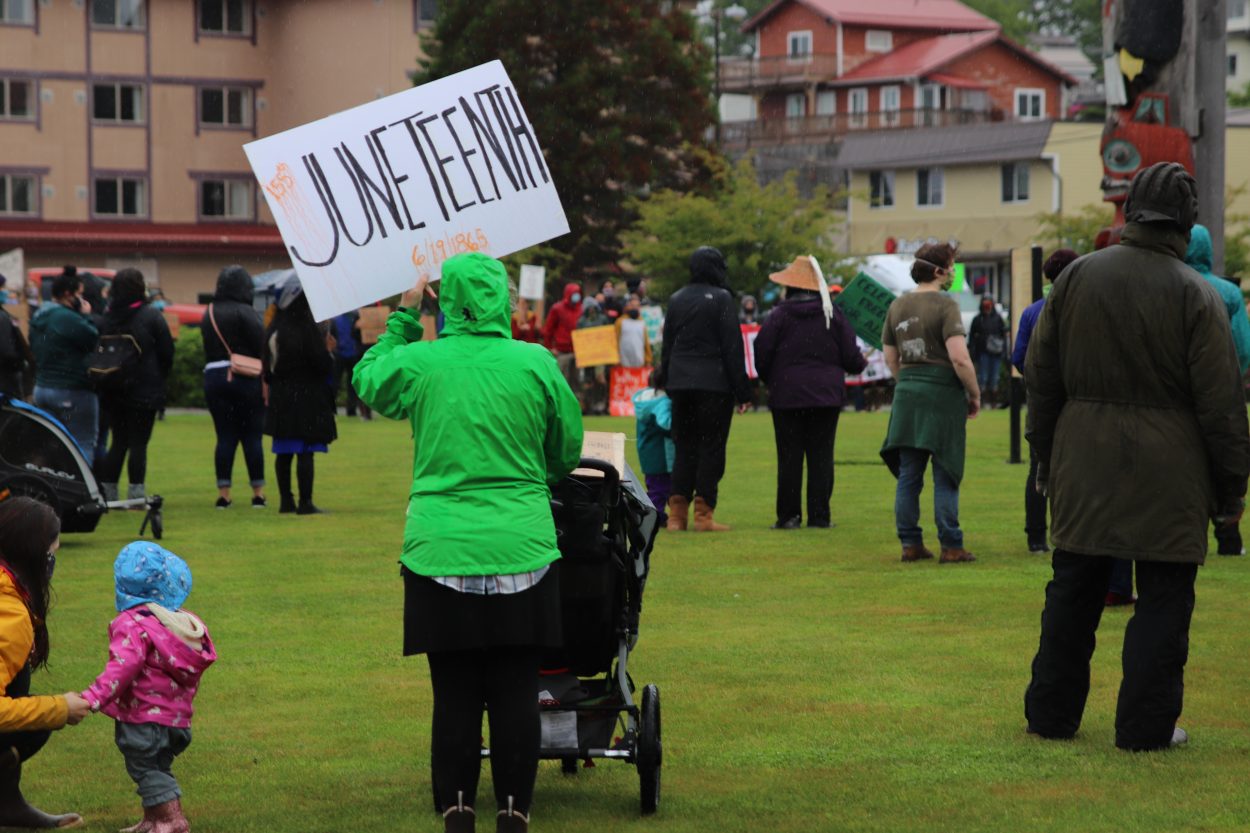