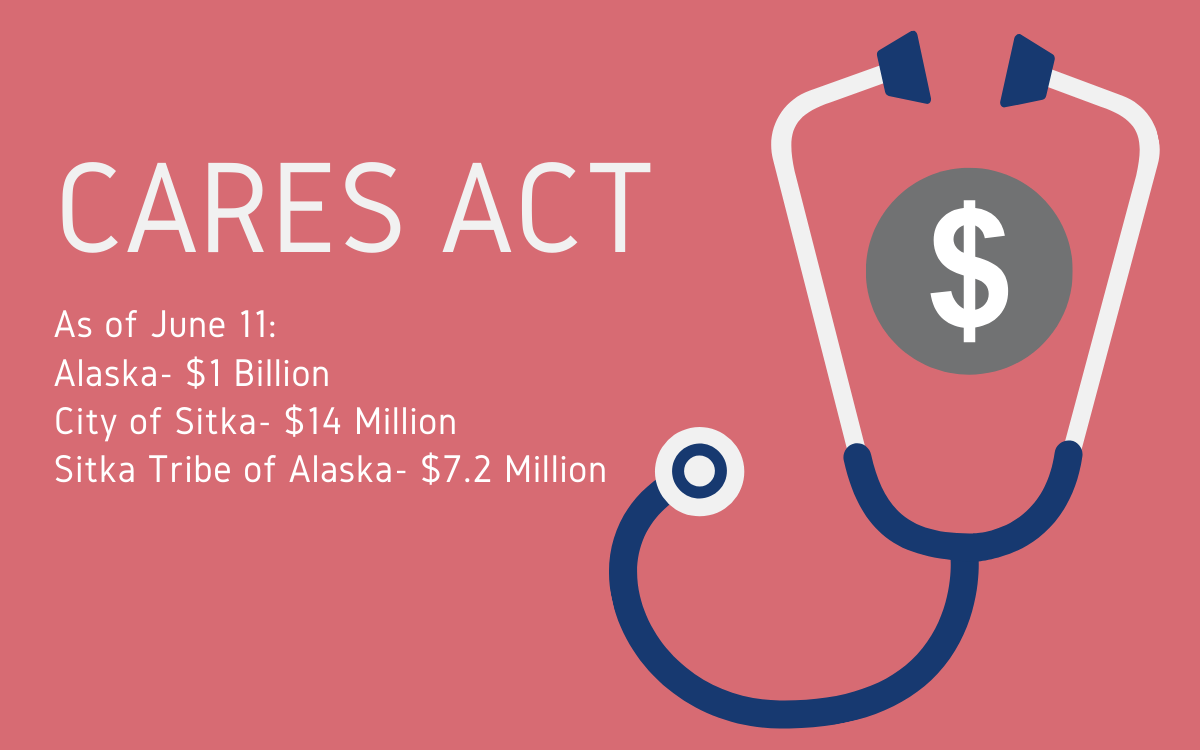 The Sitka Assembly is moving forward with a plan to divvy up the remaining $9.5 million in federal coronavirus relief, but a working group still needs to iron out some of the details before the budget is finalized.

Over the last month, a working group created a framework for how the city should spend its $14 million in CARES Act funds. The federal disaster relief funds are meant to offset unanticipated costs and community losses from the coronavirus pandemic. The Sitka Assembly took a look at the group’s budget for the first time on Thursday (6-18-20).


Assembly Member Steven Eisenbeisz thought the overall framework was good, but he did think the 1.75 million for public safety and mitigation needed to be trimmed back.

“Maybe it’s just because I want to see the money in the hands of the citizens more,” he said. “I don’t know, I would support something closer to a million dollars because I understand there’s been some public safety issues.  But it just seems like a large number to me initially.”

In response, Member Thor Christianson made an amendment to move $750,000 into “new city-funded programs,” which include money for childcare subsidies, food security, mental health and a local employment program to pay unemployed people to work on local projects.

Member Kevin Mosher helped draft the working group budget. He said he was fine with moving the money, but not to city programs.

The group approved the amendment on a 4-3 vote with Members Richard Wein, Kevin Mosher and Valorie Nelson opposed. 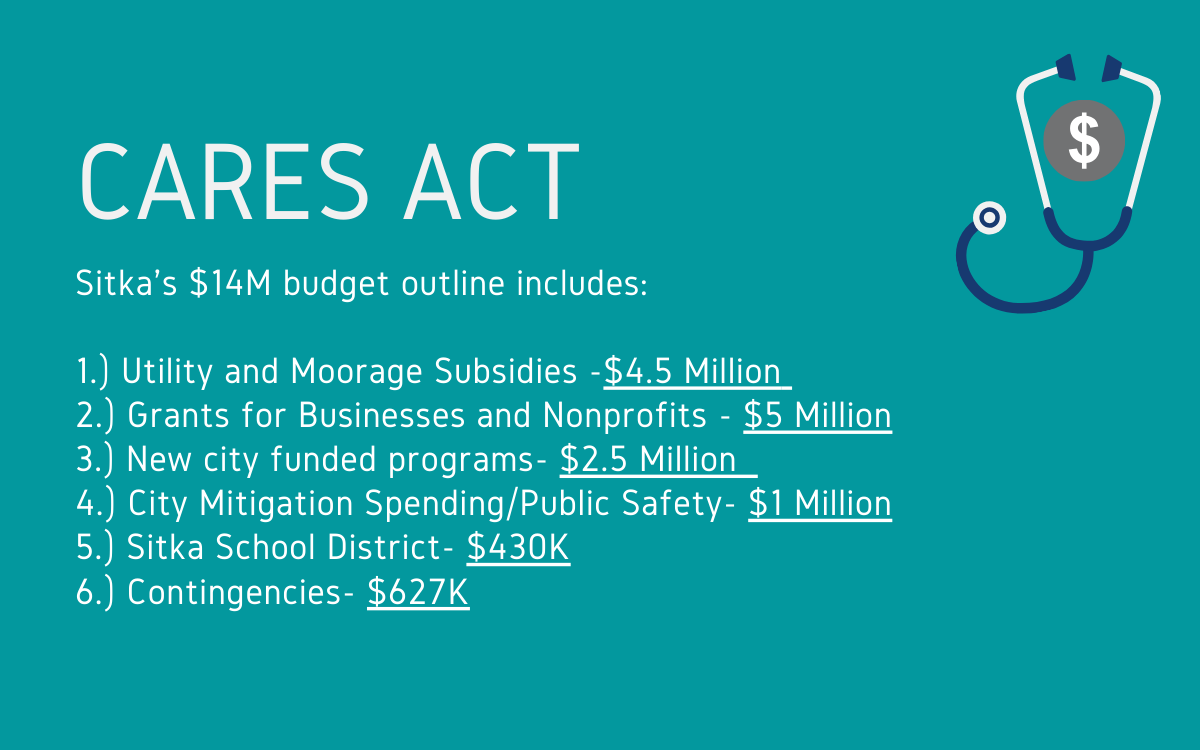 The adjusted breakdown of CARES Act funding, approved by the assembly on June 18, directs funding to six categories. But it’s not really set in stone. All funding must come before the assembly again for final approval. Read a more detailed breakdown of each category here (KCAW Graphic)

As a whole, Member Richard Wein wasn’t on board with the working group’s approach. He said it wasn’t clear how the group arrived at its numbers and thought they needed to learn more about the community’s needs.

“If we had a clear idea of what the needs were we could attach numbers to them and that solves the problem. To me, this is cart before horse,” he said. “And you may find that there will be much less money used in utilities and then you’ll have to reallocate. I think this is a process that is still half formed.”


“We may be moving money around anyway, that’s fine,” he said. “One of the things that a lot of people within the community, in the business and nonprofit worlds, within our city government, have really been looking towards is getting this money out and working in our community.”

There was some pushback from community members about the budget. During public comment, Sitka Legacy Foundation’s Connie Sipe asked that the assembly consider setting aside a different pot of money for nonprofits

“$2 million, $1.5, whatever you think appropriate, and then a different set of criteria perhaps would apply, rather than just revenue,” said Sipe. “Perhaps how much money they bring from outside, the vulnerability of the people they serve, how priority are the needs.”


And there was another idea community members supported that wasn’t included in the framework.

Several community members asked that some of the CARES Act funds go toward a community center to serve Sitka’s long underserved population of people without housing. ANB Camp 1 President Harriet Beleal said the assembly should purchase the former First Presbyterian Church to be used as a shelter.

“This would be an excellent investment for the city to help those who need it the most,” she said. “There are many volunteers here in Sitka who devote their time and efforts to help this most vulnerable population.”

Ultimately the assembly approved the funding structure on a 6-1 vote with Member Richard Wein opposed. But, it still isn’t set in stone. The assembly will meet again at the end of the month to review the working group’s progress and may make more adjustments.