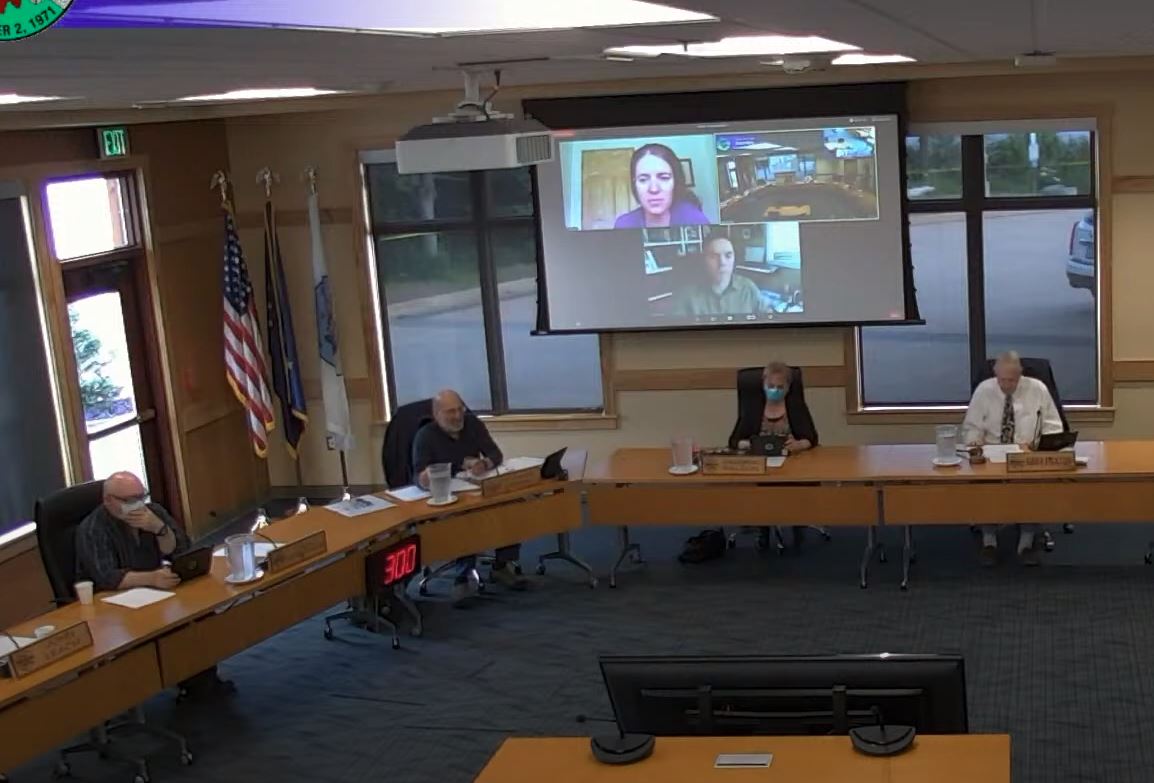 Alaska’s Chief Medical Officer Dr. Anne Zink joined the Sitka Assembly via video conference. The visit was timely, with Sitka seeing its first jump in coronavirus cases since the start of the pandemic, and at least two recent cases tied to community spread.

And it’s not just Sitka, across the state the numbers have been rising.

“If you look at the data hub you can see we had this first wave and now we have this kind of second wave that’s coming through,” she said, noting two waves in the data set. “Today we did have a lot of non-resident cases, we’re kind of in the peak of our fishing season by number right now, as people are kind of moving through their quarantine periods, we’re definitely seeing a lot of fishing cases associated with the testing and quarantining prior to their work.”

Zink said that since Alaska is seeing another wave of cases, the state is hiring more contact tracers and expanding their lab capacity. And she said they’re making updates to the state’s coronavirus website to provide more useful data for communities.

“You can see your borough area specifically for testing. This is going to change in the next week or so, so we’re going to be looking at the number of active cases averaged over a 14 day period,” she said. “As a way to get a better heat map about what’s happening in the state, as we’ve kind of seen hot spots pick up and calm down.”

Zink also took some time to demystify the contact tracing process, which starts once a patient has received a positive test. She said it can be lengthy, sometimes taking hours and multiple conversations with a public health nurse.

“When you think about trying to explain all of the places you’ve been in the past two to three days, it can be challenging to think through. That’s part of the reason why we ask people to keep their circle small and keep a log of where they’ve been. It makes it much easier to do this contact investigation.”

She said that they work with patients who test positive to notify people who may have been exposed, including situations where patient wants to keep their identity private.

Zink fielded one question from assembly member Valorie Nelson about “false positive” cases. Sitka’s first case in April, was a male patient at Sitka’s long term care unit. After receiving a positive test, he tested negative three more times. Everyone who worked and lived in the care facility was tested and no more cases were found, but the state still includes the patient in the city’s case count.

Zink said that while the tests are tools that have limits, there are a couple of reasons the state continues to count Sitka’s first case as a positive.

“That particular case was really challenging because it was really hard to get a history or more information to kind of know a better bit about it. We were never able, in that first case, to determine, was it contaminated, again, so that person never had it, or was it associated with that at the very end of their disease? And there are always going to be unknowns.”

And she said that a person can actually shed the virus for longer than two weeks, which makes it even trickier to pin down.

“There’s no good clinical diagnosis for this,” she said. “People can have remnants of the disease that they shed for 6-8 weeks afterwards but the CDC has never been actually able to grow live virus out of it. So was that first case just shedding little tiny bits of remnants for a long time afterwards and had it weeks ago? We just don’t know on that specific case.”

Zink said that currently Alaska is the 8th most tested state in the country, and even with cases increasing in the last few weeks, the state maintains the lowest rate of positive coronavirus tests.