It’s not just people who need to worry about Paralytic Shellfish Poisoning, it’s their four-legged friends too 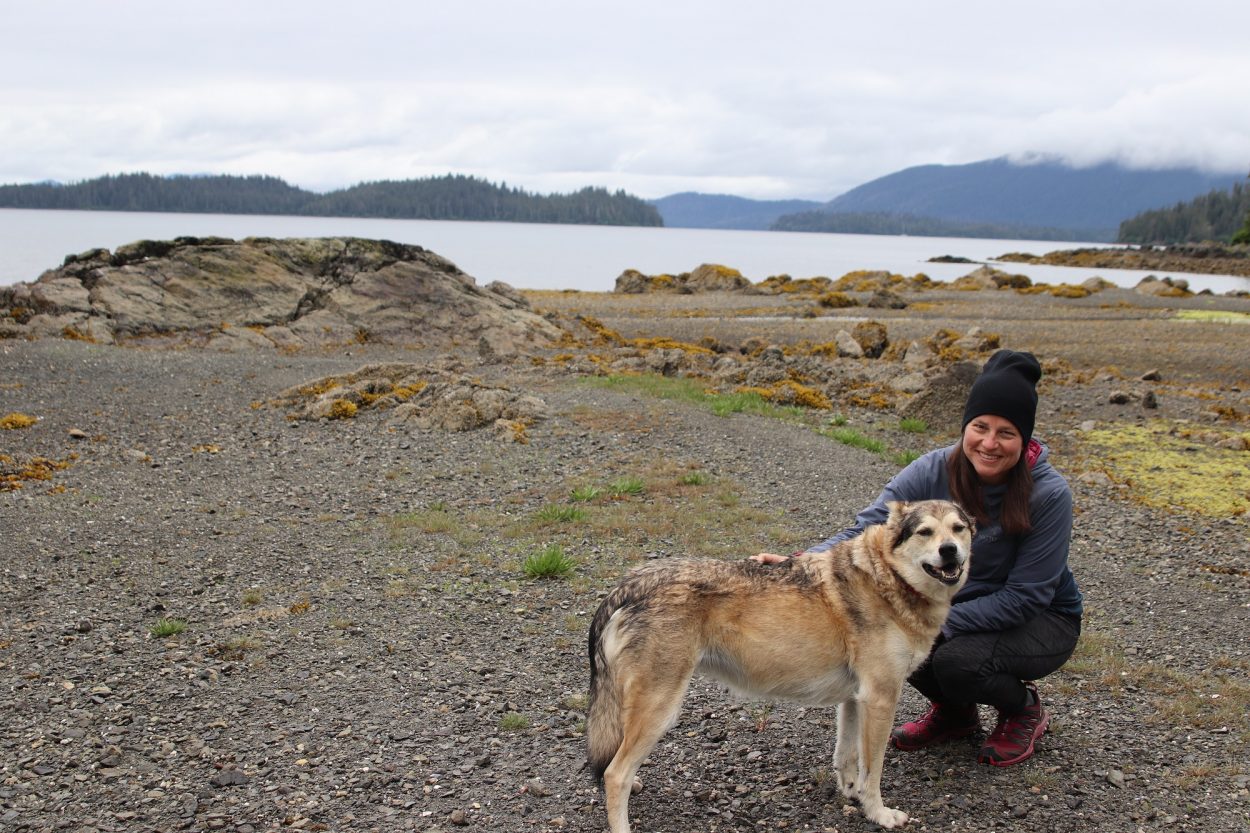 Most coastal residents have heard about Paralytic Shellfish Poisoning and the dangers that it poses to humans. But it’s not just people that can get sick or even die from eating toxic mussels, clams or other shellfish. Pet owners need to watch out for their pups too.

Naomi Bargmann leans over the edge of the Starrigavan dock to dip a frosted plastic bottle attached to a net into the cold waters of Sitka Sound. Her Alaskan Husky Chickie lounges on the dock beside her.

“Chickie’s not very good at helping,” she says.

She’s doing something called a plankton tow. Her lab conducts one once a week to get a snapshot of what’s going on with the water’s microscopic life.

“So, the most important thing is make sure you don’t lose the bottle, Make sure it’s screwed on tightly. Throw it in the water. Try to get the water in the bottle until sinks. Do that again. Then one more time. And then we’re gonna let it go to its watery grave at the bottom,” Bargmann says. Then, she slowly drags the net through the water for three minutes.

Bargmann works as an environmental lab specialist for the Sitka Tribe of Alaska Environmental Research Lab. They opened a lab in 2016 in partnership with Southeast Alaska Tribal Ocean Research to monitor for harmful toxins that cause Paralytic Shellfish Poisoning or PSP. What Bargmann’s doing today helps track harmful algal blooms that can produce those toxins. Blooms can serve as an early warning sign for people who harvest shellfish or pet owners with shellfish-loving dogs.

The lab also tests shellfish directly and has a free testing program for Sitkans. Bargmann said around 80 percent of the butter clams they’ve tested since September have been over the FDA limit.

“Butter clams, I like to say that they don’t know how to socially-distance themselves from PSP because once they get high levels of PSP, they tend to hang onto them for months to even years,” Bargmann said. 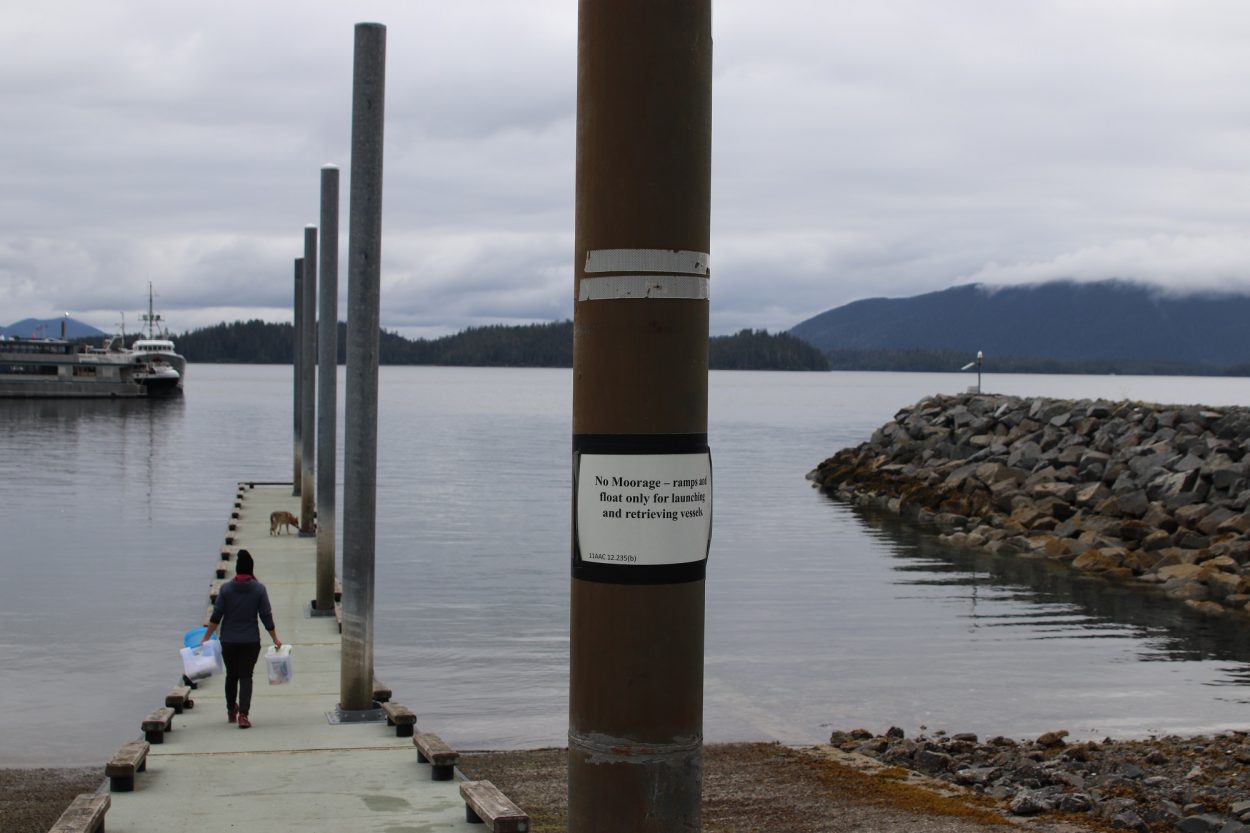 “Really the only thing you can do is the tincture of time, supporting them through the toxicity if it’s severe, sometimes that means giving them nausea medication, IV fluids, warming their temperature up. And monitoring their heart rate because it can cause a very fast heart rate,” Wolf said.

Dr. Wolf started practicing in Sitka last August. Since then, she’s heard of about four suspected cases from other vets in town. But this is the only one she’s treated here where the dog had a known history of eating shellfish. She says most dogs make a full recovery by the next day, including the one she treated.

Initial signs of PSP in a dog include unstable walking, excessive drooling, weakness and vomiting.

“I would say the most important thing is you know not to panic. It doesn’t mean your dog can’t take a nice casual walk on the beach. It’s something to be aware of. If you see the signs, it’s good to get to a veterinarian,” she said.

Because it could be something else that needs to be treated. And, even though it’s rare, dogs can die from PSP, just like people.

“But it can progress to muscle paralysis or respiratory depression and there have been reports of pets having to be put on a ventilator to see through it,” Wolf said. 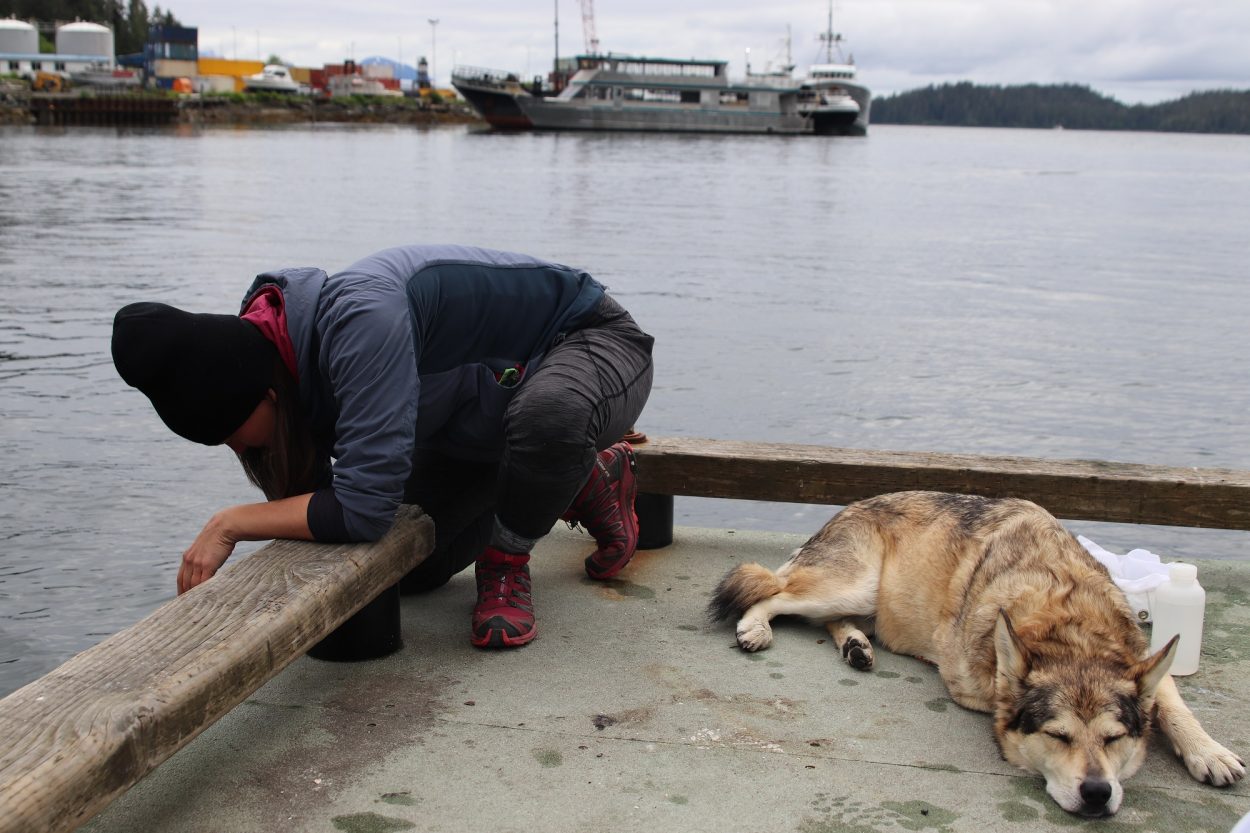 Sitka Tribe of Alaska Environmental Lab Specialist Naomi Bargmann conducts tests at the Starrigavan Dock while her dog Chickie sleeps beside her. “The earth and the marine ecosystem is a very complicated system that we don’t fully understand. They say we know more about the moon’s surface than we do about the ocean,” Bargmann said. (Erin McKinstry/KCAW)

After completing the plankton tow, Naomi Bargmann takes her pup for a walk along North Starrigavan Beach. Recently, the lab found high levels of PSP in a butter clam just south of here, on the other side of the creek: the same place where the dog Dr. Wolf treated got sick. As Chickie roams with her nose to the ground, Bargmann doesn’t keep too close of an eye. She’s not much of a shellfish eater.

“Fortunately for me, I’m not that worried. She eats other disgusting things instead,” she said.

But for dog owners whose pets are into digging up and munching shellfish, the best thing they can do is keep them on a leash at the beach and keep watch for local advisories.