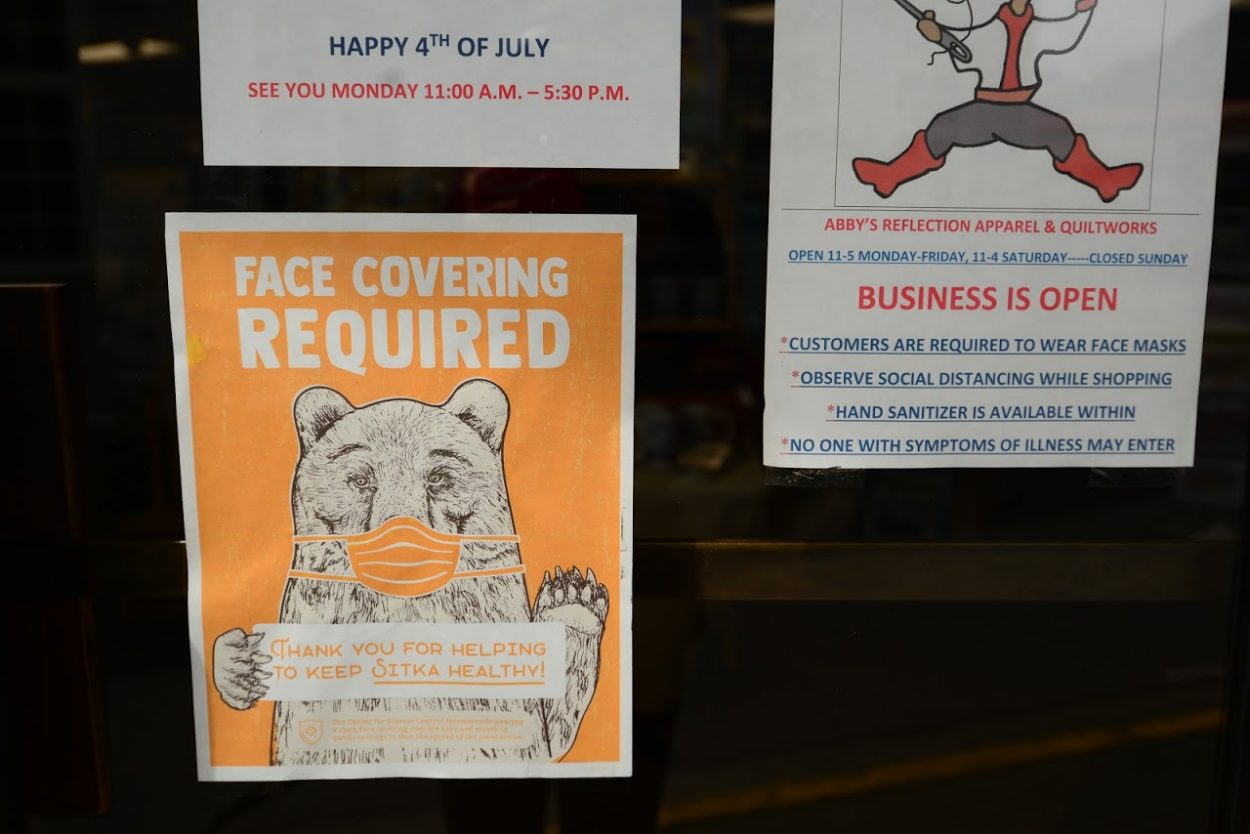 A sign in front of local quilting business, Abby’s Reflections, reminds patrons that masks are required in the store, in an effort to reduce the spread of the coronavirus. Though Sitka’s coronavirus case count remains relatively low compared to other places in Alaska, it increased by four day. (KCAW/Berett Wilber)

According to a press release from Sitka health officials, two Sitkans, both women in their thirties, tested for the virus earlier this week (July 13 and 15). One had symptoms and the other did not at the time they were tested. Both are isolating at home, and health officials have begun contact tracing to locate the source of the virus and notify anyone who was exposed to the patients.

The release does not provide additional details on the two non-resident cases, such as whether they have been isolating, or why nearly two weeks elapsed before their test results were reported to the public. KCAW News has reached out to the Division of Public Health for more information on these cases.

Sitka’s case count is now at 26- 16 resident and 10 non-resident. 23 of those patients have recovered.