Your COVID vaccine isn’t wearing off — not yet. How long it lasts is unknown, but it could be ‘months or years’ 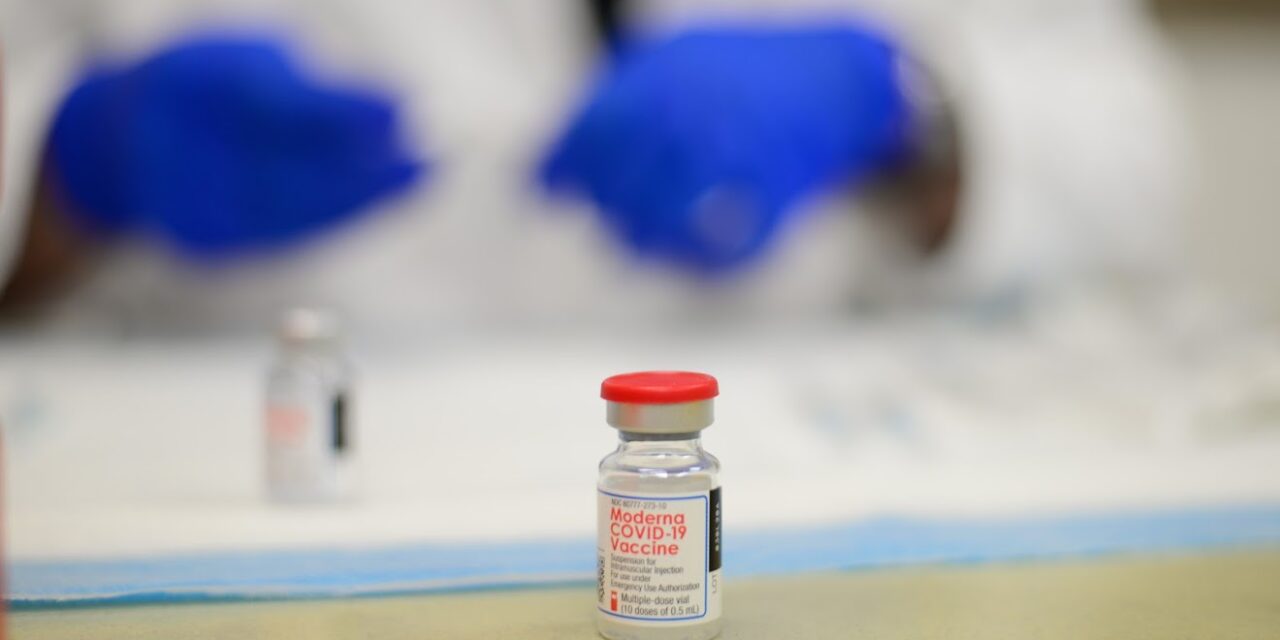 Despite the relatively high number of COVID-19 cases in vaccinated people in Sitka during the current outbreak, the effectiveness of the vaccines remains very strong.

Antibody tests on those who received the vaccines early on are still very strong. Epidemiologists don’t really know how long the new vaccines last — it could be months or even years.

Dr. Joe McLaughlin is the head of the Alaska Section of Epidemiology. He’s got his eye on the state’s “epi curve,” which is basically a bar graph of how many new infections are occurring in the state every day.

Right now, near the end of July, the epi curve looks a lot like last November — rising steeply. And it’s troubling.

“Back in November of 2020, you know, everybody pretty much was doing non-pharmaceutical interventions, masking, social distancing, avoiding crowds, things like that,” said McLaughlin. “Now, you don’t see that happening so much. And now we’ve got a different variant that is circulating, we’ve got the delta variant, that is the predominant strain that’s circulating in Alaska.”

The flip side, McLaughlin goes on to add, is that Alaska now has a lot of vaccinated people. So does that mean that the vaccines aren’t working as well as predicted? Or that they’re wearing off — or “waning.” Not at all. McLaughlin says there’s growing evidence that the vaccines perform better than hoped. The laboratory test is called an “antibody titer.”

“Fortunately, the data that we’ve seen, have all looked very good,” said McLaughlin. “In other words, people who have been fully vaccinated have continued to have high antibody titers against COVID. But this is something that we are all watching closely as epidemiologists, health care providers, and vaccinologists across the nation and globe. As you know, at some point, you are going to see waning immunity. The question is, when is it going to be within a year? Or is it going to be, you know, several years? And we just don’t know the answer to that question yet.”

Based on data from Western Europe where the delta variant arrived earlier, McLaughlin doesn’t think Alaska’s current outbreak will top out for a while — but he’s not sure. All the variables in play — our behavior, vaccine hesitancy, new variants —  make what’s happening now quite different from what happened in November, even though the epi curves look about the same.

“So it’s very difficult to make predictions, it’s been very difficult throughout this pandemic,” said McLaughlin. “And certainly, none of us have a crystal ball on how this is going to play out. But what we do know is that the vaccines that we have in the United States are all highly effective against preventing all of the strains of COVID, including the delta variant.”

Other early evidence being tracked by the state indicates that the mRNA vaccines developed to fight COVID-19 last longer than traditional influenza vaccines, which are administered every year.