A crew shortage canceled an Alaska ferry. Officials and unions warn it could happen again.

A dishwasher and chief steward on a state ferry reported feeling ill and left the ship a few hours before it was to depart Juneau.  That left the ferry LeConte — which sails with 24 crew members — short handed early Wednesday morning.

“The ship’s captain evaluated the shortage and made a decision to cancel the sailing based on their emergency response readiness,” Alaska Marine Highway System spokesman Sam Dapcevich told CoastAlaska.

In a follow up statement, the Department of Transportation says the two sick crew members didn’t have COVID-like symptoms. So they weren’t tested.

In the past, a couple crew members dropping out – for whatever reason – wasn’t a big deal. Others could be called up on relatively short notice.

But not these days. It canceled the trip.

“I think all three unions are in the same boat here — we’re all short on personnel,” said, Ben Goldrich, a regional head of Marine Engineers’ Beneficial Association, the union that represents marine engineers on state ferries.

“We’re talking about a problem that the state has been aware of for some time and has not done much to remedy it — and here we are,” he added.

For the LeConte’s 84 passengers stranded at the Auke Bay terminal, that left few options. Most canceled their reservations and were refunded. But not Deb Boettcher. She had come down from Skagway to bring her sick dog to the vet in Juneau and still needs to get home with her vehicle.

She says foggy weather had kept planes flying between Skagway and Juneau grounded. So she’d put her car on the ferry on Tuesday and was trying to get back home when her return voyage was canceled the next day.

“I thought it was a mechanical problem, because that’s usually what cancels a ferry,” she said by telephone in Juneau. Or stormy winter weather which can generate hazardous seas.

“But this is summer. They don’t get canceled in the summer,” she said.

Unless there’s not enough crew for the ship. It’s yet another hazard that complicates travel on the marine highway, a system that already struggles with reliability due to aging vessels.

DOT says, system-wide, there are at least 125 unfilled vacancies on the marine highway. And that means there’s not much slack in the system.

“We’re sailing short — fleetwide — and we’re having holdovers — fleetwide — and vacations aren’t being approved,” said Earling Walli, regional director of the Inlandboatmen’s Union of the Pacific, the largest of the three ferry unions.

Crews from the Lower 48 have been offered a comped ferry ride up from Bellingham. But the travel time is unpaid for a job with starting wages between about $16.40 to $18 an hour, he said.

“And then they’re still required to get themselves home out of their own pocket after a two-week assignment,” Walli added.

“Given our overall fleet wide crew shortage, we do see the possibility of more no sailings or sailings being canceled due to this shortage,” Dapcevich said. “But considering the high number of vacancies that we have, our employees are doing a great job keeping the system operating.”

Unions have complained that leaner ferry schedules have made it harder to keep their members from leaving for the private sector. The deck officers, engineers and other licensed crews have guaranteed hours.

Not so for unlicensed crew members like stewards, pursers and cooks in the galley who often are laid-off in the winter months when there are few ships running.

“It’s just — they don’t want to come back,” Walli said. “They’re like, ‘Why go why work for a company where I have no job protection?”

The LeConte’s next scheduled sailing is Friday.

Deb Boettcher, the passenger from Skagway, says there wasn’t space for her vehicle. So she rebooked on the larger Matanuska. She says she’d rather take a sick dog on the boat rather than wait for fog to lift so she can fly.

“He doesn’t have to fly home on a plane which might not fly tomorrow or the next day,” she said.

That means if all goes to plan she and her chihuahua should be back in Skagway by Sunday morning. 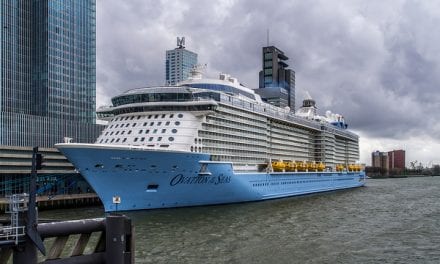 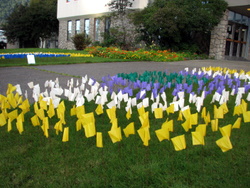