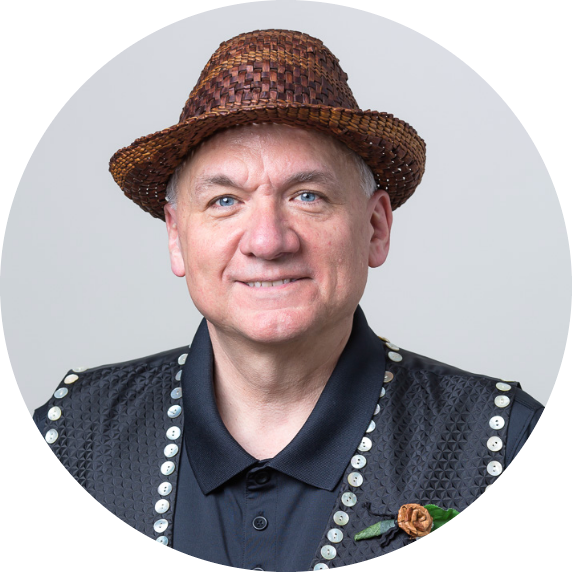 Frederick Otilius Olsen, Jr became KCAW’s Development Director on March 15, 2022.  Fred has lived in Sitka since November 2018. Born and raised in Southeast, Alaska, he moved away for school and work for several years and has been back in Alaska since 2009.  In the Haida language, his name is K’yuuhlgaansii or “Place of one’s own” and he is of the Sgajuuga.ahl Clan, Haida eagle moiety with beaver, frog, and sculpin crests.  He is currently a member of Sitka Tribe of Alaska’s Tribal Council.

In April 2019, K’yuuhlgaansii started the weekly radio show  “Gunalchéesh!” which airs on Wednesdays at 8:06 PM on KCAW Sitka and kcaw.org.  “Gunalchéesh!” is a one hour celebration of Alaska Native languages, especially the endangered Tlingit, Haida, and Ts’msyen.  The show seeks to normalize hearing indigenous languages without much translation.  He believes it is important for the land to hear its languages.  “Gunalchéesh” means “Thank You” in Tlingit.