Corporations are not people

This is Libby Stortz and this is my opinion. 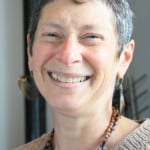 Many of us worry that the increased role of the world’s largest corporations, in our elections and legislation, has had an enormous, negative impact on our democracy and our economy.

In a series of legal decisions that built on each other over a period of about the last 130 years, the largest corporations formed extremely well-funded lobbies to influence politicians. Their purpose was to maximize profit and protect themselves and shareholders from litigation for harmful activities. By December 2010, corporations had gained all the legal rights of persons, protected under the Bill of Rights of the Constitution and many of it’s other amendments.  They now have more protections and power than people do.  The Exxon spill in Alaska is just one of many examples.

Multi-nationals are now able to choose and support candidates with millions of dollars, without identifying themselves, potentially promoting foreign interests. The lobbyists who worked for banks and industries involved in our economic crash 3 years ago, are so powerful that politicians know them by first name, appoint them to the regulatory boards they are supposed to be policing and vote in lockstep with their desires.  When the politicians retire from Congress, many become corporate lobbyists.

Corporations are NOT people. They don’t need clean air, safe water, food or medicine.  Their responsibility is to maximize profit above any other goal.

People across the country are concerned. No matter your political philosophy, our democracy depends upon having an informed electorate, holding free and fair elections, and passing legislation for the benefit of our people–not major corporations.