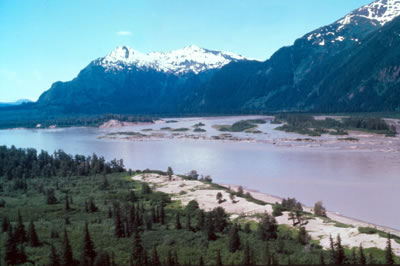 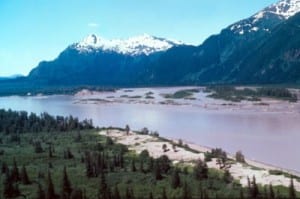 The Stikine River on the Alaska side of the border. Photo courtesy U.S. Forest Service.

The Stikine subsistence fishery began eight years ago, when fewer than 250 fish were caught. Last year, the harvest rose to the highest level ever, just under 1,700.

“The stocks in the Stikine River are generally healthy. We’re looking at an average return of 185,000 fish. Our harvest, if we caught 2,000 fish, it would be a little more than 1 percent of that,” he says.

Larson says individual catch limits would remain at 40 sockeye per year. And he thinks the permit numbers have peaked, which means the total will not exceed 2,000 fish.

But council member Harvey Kitka of Sitka wondered if some growth should be expected.

“I’d like to know whether there are any more families that will get involved in this fishery. And if so, then the numbers will change. And just how much they will change, we have no idea,” he says.

Larson says the overall subsistence harvest could grow as more people fish the river, but not by very much. The Stikine flows from British Columbia to the Inside Passage between Wrangell and Petersburg.

The council’s recommendation now goes to the Federal Subsistence Board, which oversees customary and traditional harvests in the state. (Read the original proposal.)

If it’s approved, it still must make it through the Pacific Salmon Commission, which sets overall harvest limits for rivers crossing U.S.-Canada boundaries. Most Stikine sockeye swim into Canada. 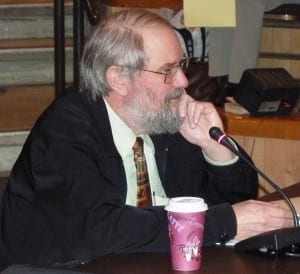 State Fish and Game Department Deputy Commissioner David Bedford represents Alaska on the salmon commission. He says the current fishery underwent a lot of scrutiny before it was approved.

“It was something that we continued to pursue over about a two-year period to ultimately get that authorized. … What that shows is that Canada is paying some pretty close attention to this,” Bedford says. “With the transboundary rivers, you’re talking about domestic Canadian production.”

He says changing the Stikine subsistence harvest would reopen the Pacific Salmon Treaty. Other, more controversial issues could be raised — and delay the process.

The Stikine also has Chinook and coho subsistence fisheries, which the proposal does not address.

The Southeast advisory council debated whether to ask for a specific number of sockeye.

Council member Frank Wright Jr. of Hoonah says a request without a limit would be harder to push through.

“Eventually I think there are going to be more harvesters because the sockeye is the most sought-after fish. The concern to me is if we didn’t have any kind of number, what would we be going after?” Wright says.

The council ultimately voted to just ask to eliminate the current harvest level. Officials say the commission is most interested in the river’s overall catch, not how it’s divided up.

Link to the council’s agenda for its Sitka meeting.

Link to a page with other proposal links listed by numbers found in the agenda above.