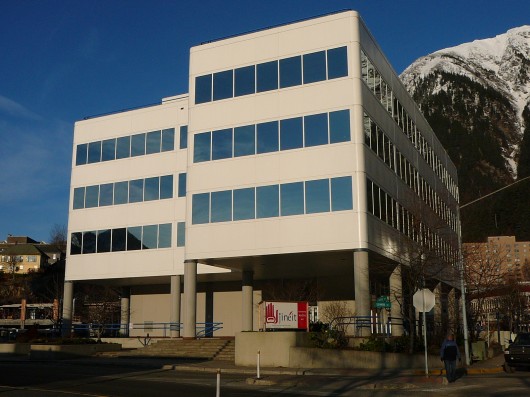 Sealaska’s approximately 21,000 shareholders will get their spring dividends around April 12th. Sealaska’s Board of Directors approved the distribution of more than $12 million at a meeting today at its Juneau headquarters.

Here are details of how the distribution is divided up. Totals assume ownership of 100 shares, the most common number.

Here‘s how the shareholder categories are defined:

Here’s where the money comes from, per 100 shares:

Some members of the Juneau-based regional Native corporation have more or fewer than 100 shares due to inheritance or gifting.

Much of the dividend – close to $550 – comes from a pool of regional Native corporation resource earnings. Most of that money comes from Northwest Alaska’s NANA, an owner of theRed Dog Mine.

Sealaska’s urban shareholders receive that part of their dividend directly. The corporation pays village members’ share to their local corporations, which decide whether to pass it on.

Last spring’s distribution was about 20 percent more for urban shareholders and about the same amount less for village members.

Sealaska’s shareholders are mostly of Tlingit, Haida or Tsimshian descent. Close to half live in Southeast. 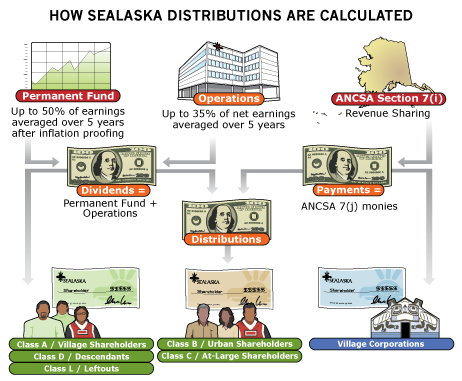