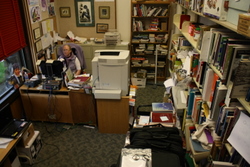 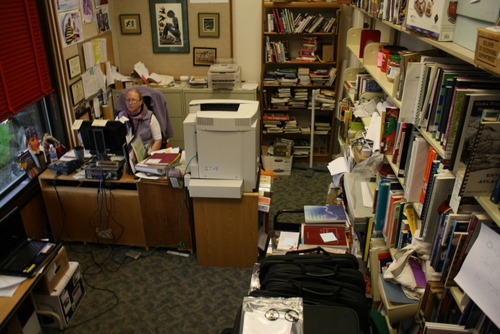 Kettleson Library in Sitka has been planning an expansion project for the past decade, using a combination of public and private funding. On Saturday, the library staff announced its newest, and perhaps most surprising, donation yet. Listen to iFriendly audio.

About two weeks ago, a man walked into the Sitka Public Library. It was Gus Adams, a Sitkan who uses the library everyday.

“He is Tlingit. He is a mature gentleman. He has a great smile.”

“He likes the facility,” said Bell. “He uses what’s there. He’s very precise, so when he needs help, we offer help, and if we can’t do it at the moment, we work really hard to make certain that we can answer his needs and his questions.”

But that day was different.

“So, we were well-acquainted with him, but I had not anticipated anything like that,” said Bell.

Adams knew that the library was raising money for an expansion, and he wanted to make a donation.

“And I said, ‘Oh, great!’ And as time progressed, he decided on the figure of donating $20,000. That was a pretty great way to start off a capital campaign.”

Bell says the library’s wish list for the expansion includes: A humidity-controlled local history room, a conference room, a space with a 3D printer and high-end computer software, a couple of study rooms, and an area for computer instruction.

So, last Saturday morning, when the library was celebrating National Library Week with a free community pancake feed, everything stopped at 10:30 a.m. for Adams to announce his donation.

“I think that people were pretty amazed,” said Bell.

Bell had gotten a huge $20,000 check printed out to hold up as part of the presentation.

“And I am not at all good with dimensions and so I said, ‘well, it seems to me maybe three feet by six or something like that.’ It kind of looks like a four by eight, a big piece of, but they printed it out and it came out beautifully. And when Gus came in, he said, oh, that’s really big, and I said, why yes, but you’re writing a really big check.”

And to top it off, Adams announced at the presentation that he would donate another $1,000 if the audience matched it. Community members tripled that number with $3,000.

Bell says the library staff has been working at the expansion for more than a decade. So far, money has come from the Friends of Kettleson Library, the state, a sizeable bequest, and most recently, Adams’ surprise donation.

“Every organization I’ve ever belonged to, I’ve tried to leave it better than I found it,” said Adams. “This may sound like a real lofty goal, but the thought, why not leave the community better than when you found it? So, I’m kind of drifting in that direction.”

The total budget for the expansion is 6.2 million dollars, and 5.7 million of that is from a state grant. Bell says that they’ve got just a little more than $175,000 left to go.