Students ‘resilient’ in the fight against meth

Students at Sitka’s alternative high school have decided to confront the methamphetamine problem head on, and they’re encouraging the rest of the community to join them at an event in early May.
Listen to iFriendly audio. 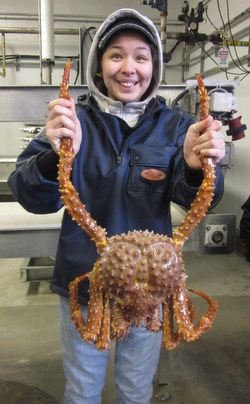 Paulette James is a junior at Pacific High School. She’s been working since the beginning of the school year to understand meth, and the particular risks of this addiction.

“When you go in to look at the stories of meth and everything, they didn’t know that their life would completely turn over, that they’d lose their job, lose their family, and everything that they had or cared about — within months, or a year.”

Pacific High is tackling the meth problem by throwing light on it — first in a science class taught by Eric Matthes, and then in a community engagement class taught by Mandy Summer.

James and another student became interested in exploring the upside of meth recovery early in the school year with an event of some kind. That student left Pacific High, and James has decided to continue her effort solo. She says talking about meth can be difficult , but the stakes are high.

“This whole class has actually been a Debbie Downer, but when it comes to the positive side, it becomes a passion for the teachers and myself because there are people that we care about who are affected directly by meth. And we want to get that message out before it affects all the people we care about, and the community.”

James and the other students in Pacific High’s Community Engagement class have organized an event in early May at Sitka’s Crescent Harbor. It’s called “Got Resiliency?” They’re planning a performance by the Gaja Heen Dancers, a film screening, and a concert by local musicians, including Silver Jackson.

Resiliency means that there is a way to resist meth, and support to find your way back.

“The biggest message that we want to get out there is that, We care, and that you have value. That things may be rough, but you can always bounce back. There’s always something you can do better for yourself and you don’t need to turn to drugs or alcohol because we have resources, and if you need them, we can help you find them.”

This entire Pacific High program — the science class, the community engagement class, and the “Got Resiliency?” event — are not a project of any government agency, nor are they the result of any grant funding. The initiative for the project came from within — from Pacific High’s students and faculty.

Hillary Seeland, another teacher at the school, says, “We’d identified that meth was becoming an issue, and decided to face it head on.”

Got Resiliency? will be held from 7-9 PM Saturday May 4 in the Crescent Harbor Shelter in Sitka.