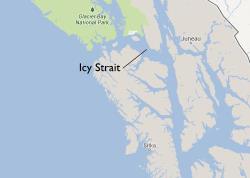 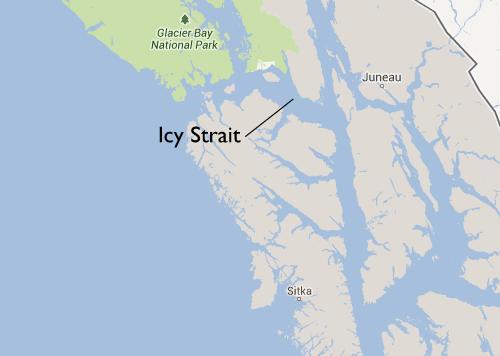 A crewman from the F/V Swift is missing in Icy Strait. Coast Guard helicopters and boats are searching.

The Coast Guard is searching the waters near Hoonah for a crewman who went overboard from the fishing vessel “Swift” late Monday night. The 34-foot boat is reportedly based in Juneau, but state records show it registered to a Sitka captain.

The Coast Guard received a call for help shortly after midnight Tuesday morning. The 57-foot Pacific Horizon discovered the Swift in Icy Strait. Crew members found no one aboard, and notified Coast Guard Sector Juneau. The Coast Guard reported the Swift’s position at about 40 miles west of Juneau.

KTOO in Juneau reports that the vessel’s deckhand went overboard and the skipper pursued him in a dinghy.

A helicopter crew from Coast Guard Air Station Sitka found the boat’s captain suffering from mild hypothermia on a beach near his overturned skiff. The vessel is registered to Tim Lane, of Sitka, who was listed in stable condition Tuesday at Bartlett Regional Hospital.

A Sitka Coast Guard helicopter, as well as a response boat from Juneau and the Coast Guard Cutter Liberty, are aiding in the search. The Civil Air Patrol joined search and rescue efforts Tuesday morning. The search is concentrated one mile south of Porpoise Island, which is near the mouth of Excursion Inlet.

The missing crewman, whose name was not released, was reportedly wearing a gray hooded sweatshirt and black rain pants.

National Weather Service meteorologist Geri Swanson says at the time the Coast Guard received the call for help, Icy Strait was experiencing 15-to-20-knot winds under cloudy skies. But earlier in the evening, the region experienced a series of moderate thunderstorms, including winds up to 37 knots. The National Weather Service issued storm warnings to mariners throughout the evening, urging them to find safe harbor.