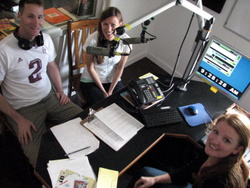 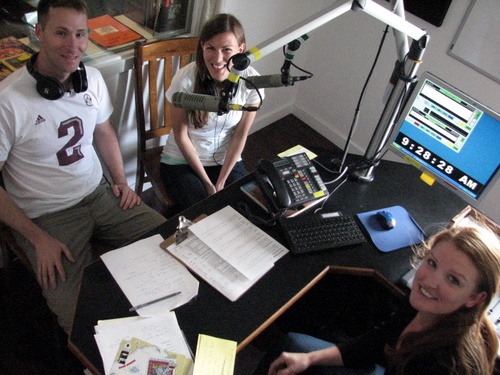 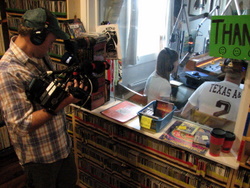 A camera operator from the Weather Channel’s Coast Guard Alaska films the show.

USGC Air Station Sitka pilot Brooks Crawford and his wife Caitlin say a very special Sitka Farewell, with Jess Gibson on KCAW’s Good Day Radio show on Tuesday morning (7-16-13). Friendships formed in the Coast Guard have to endure long absences, as typical postings for career officers last only three years. Gibson asked the Crawfords to share their favorite music, and some of their experiences during their Sitka tour. The show was filmed by a camera crew from the television hit Coast Guard Alaska.