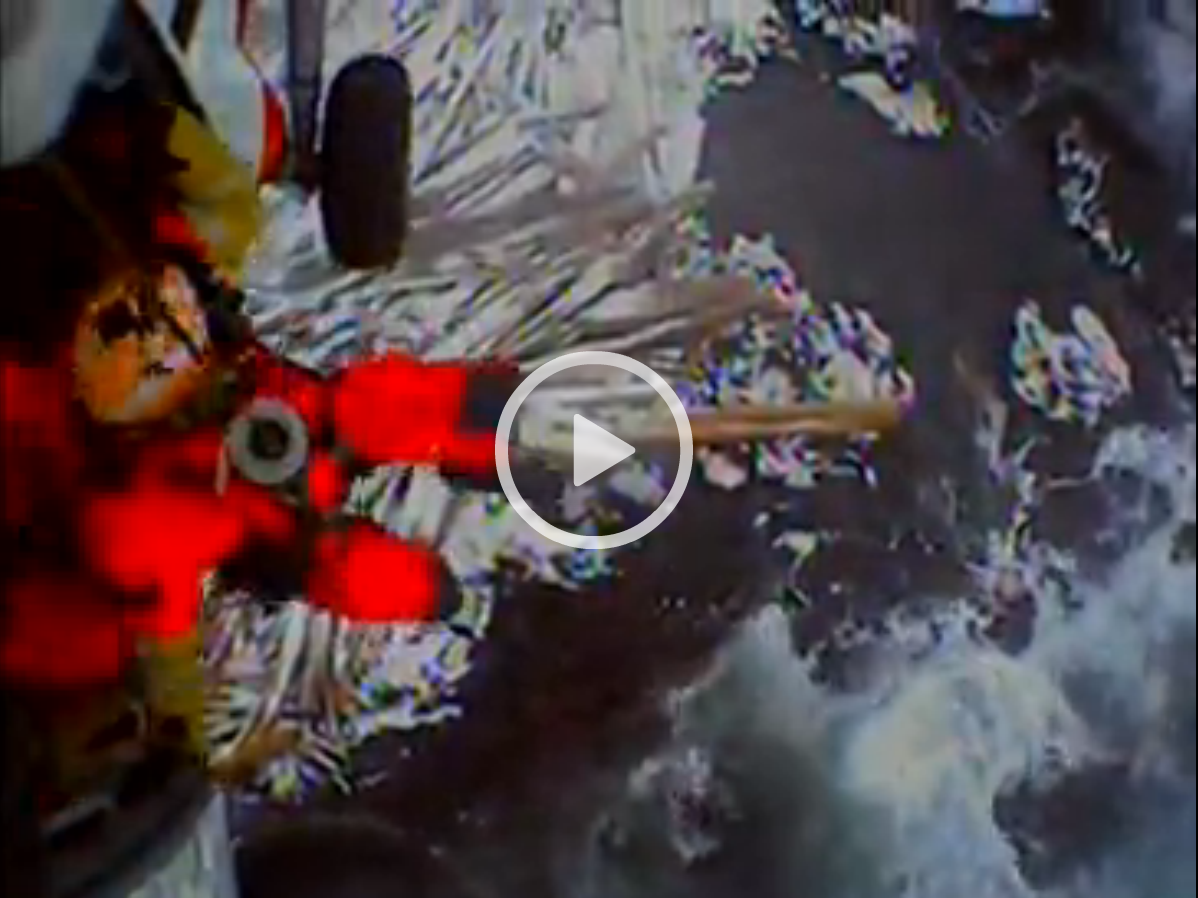 A Coast Guard helicopter rescued two hunters on Saturday after their skiff overturned near Sitka Point, on the southern tip of Kruzof Island. Crew members filmed the rescue, and the Coast Guard released this video:

According to a Coast Guard statement, the skiff capsized after one of the two hunters stepped out onto shore. The second man was left in the water, and managed to climb on top of the overturned boat.

The skiff’s owner was in a second boat nearby and called the Coast Guard, which diverted a helicopter from Air Station Sitka that was already in the air on a routine training flight.

The two men were hoisted into the helicopter and flown safely back to Sitka, the Coast Guard said.