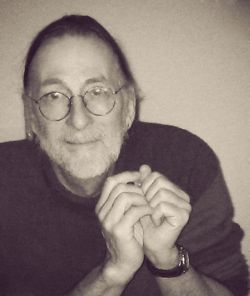 How do you sum up the life of a good man? So many memories and qualities compacted into a few words. Harold Allen Chartier (Harry) was a man who lived a life of integrity and inspired others through his kindness, humility, and humor. Harry gave “a tip of the country hat” and joined up with the Ghost Riders in the Sky on Monday, February 3, 2014. He leaves behind his loving children: daughter Susan Skye, and son Tim, daughter-in-law Brooke, and beautiful granddaughter Laraine Marie — all of Sitka, Alaska — as well as many, many, friends from around the world.

Harry was born on October 4, 1948, in Boise, Idaho. In 1978 he moved north to Alaska to wark as an engineer in Skagway. Harry married Mary Soltis and they moved to Sitka to raise their family in 1981. 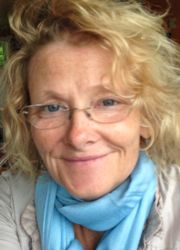 Lily Herwald is a former General Manager at Raven Radio.

For nearly 20 years, Harry worked as a building official with the City of Sitka. He was dedicated to serving the community he loved with fairness and integrity. He approached his job with a heart for service and a can-do attitude.

Harry was a personality! He had a way of walknig into a room bringing cheer in right behind him. When he would meet a new person, he would look them in the eye, find an authentic connection, and leave that person feeling special and truly seen. Magically, Harry could evn do this by sitting alone behind a microphone with his friends — the listeners — of his KCAW radio show Comin’ Up Country, a show he hosted every Friday night for many years.

Harry also helped build community through his volunteering with Southeast Regional Emergency Medical Services (SEREMS). He cared about people in their time of need and was there for Southeast Alaska.

Harry’s bones needed some sun, so after retiring from the city ten years ago, he headed to Eastern Oregon, and was living in Baker City at the time of his death. Many benefited from the gifts of rocks, pebbles, and the arrowheads he would find. He had a smile for everyone he encountered and had two green thumbs on two helping hands. Mr. Chartier was a very patient man, especially while fishing.

Harry respected peace and took time to touch many hearts. His generosity, enthusiasm, strength through adversity, and genuine love for life will not soon be forgotten.

The community can tip our country hats to a good man at a celebration of his life at the Halibut Point Recreation Area on Saturday, February 22, from 4-7 PM. Contributions can be made to the Harry Chartier Memorial Fund at Wells Fargo Bank.