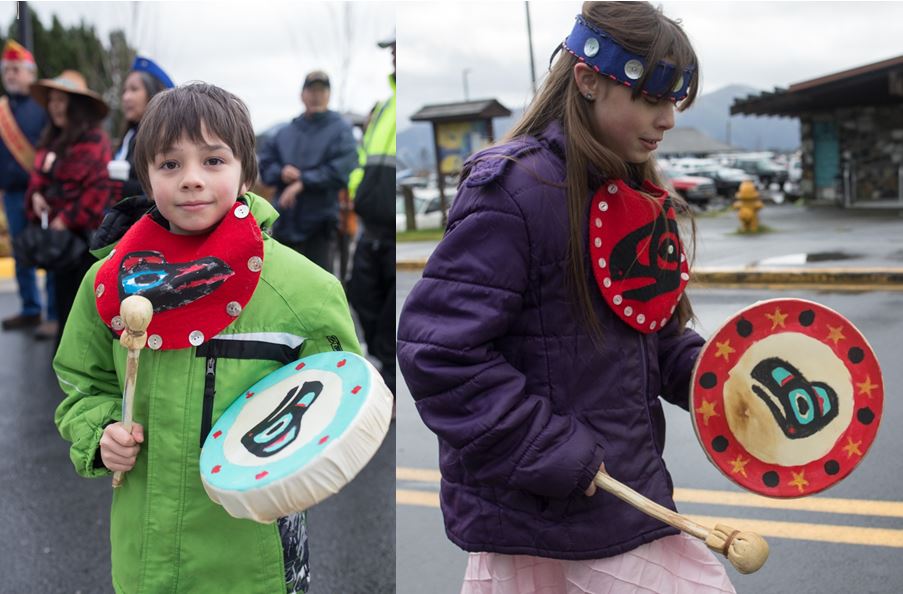 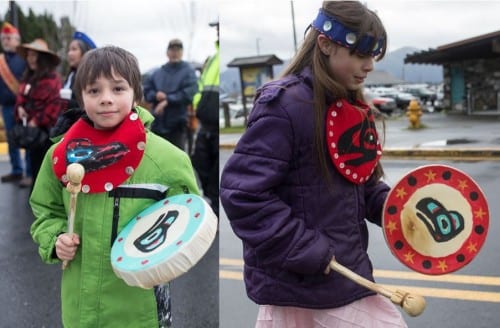 Rainy and Sunny McClenahan, a brother and sister duo, beat drums while leading the “Honoring Our Elders” parade. Also marching were current and former representatives from Alaska Native Brotherhood Camp #1, Alaska Native Sisterhood Camp #4, and the Sitka Tribe of Alaska Tribal Council. Amid overcast skies, the group marched from the Crescent Harbor Shelter to Sheet’ka Kwaan Naa Kahidi Tribal Community House, for a meet and greet for candidates for Tribal Council.

The parade kicks off November celebrations for Native American Heritage Awareness Month. On Friday (10-31-14), President Barack Obama issued a proclamation to recognize the month, as every American president has done since 1990. 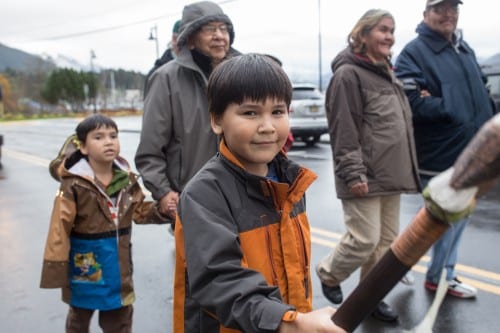 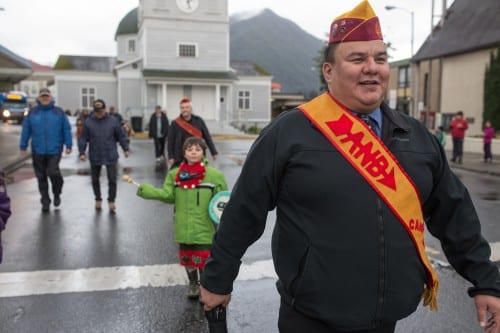