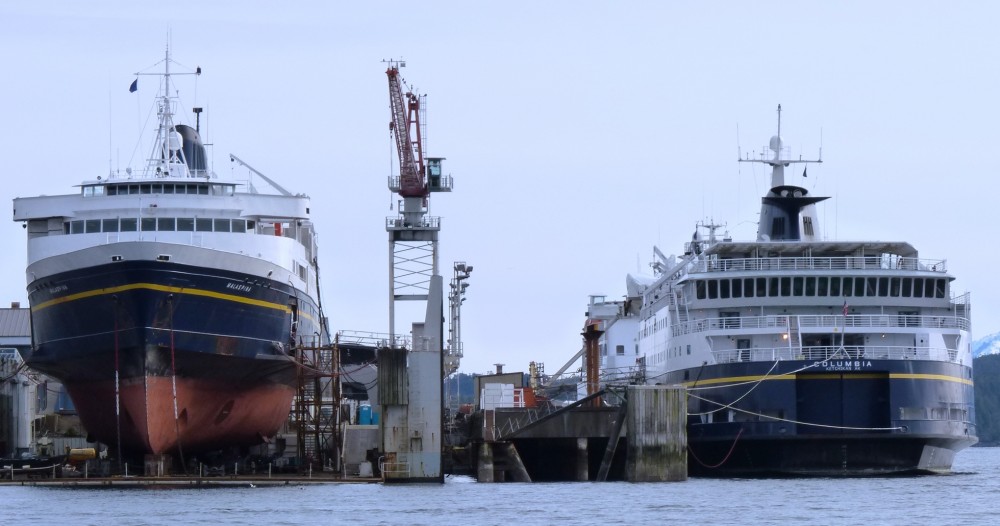 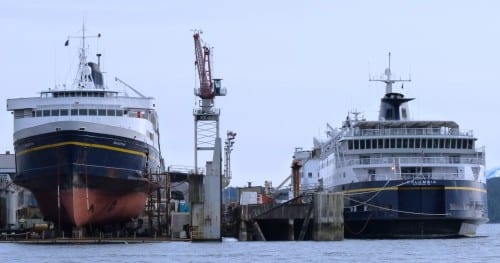 The ferry Malaspina is in drydock and the Columbia is tied up at the Ketchikan Shipyard in this 2012 photo. More ferry work is proposed in Gov. Walker’s FY 2016 draft capital budget. (Ed Schoenfeld/CoastAlaska News)

Southeast projects in Gov. Bill Walker’s pared-down capital budget are mostly road, ferry and bridge work that could be funded by the federal government. And some communities -including Petersburg, Wrangell, Sitka and Craig – have nothing.

Walker released a draft of his public works spending plan Monday. Low oil prices made it a much smaller list than proposed by his predecessor, former Gov. Sean Parnell.

The budget also lists another $48 million for the Alaska Marine Highway System. About 75 percent of that money would pay for new engines for the ferry Matanuska.

Another $225,000 goes to refurbish an Inter-Island Ferry Authority vessel.

Lawmakers will also propose adding projects from the communities they represent. It’s not clear how much – if any – will be available this year.