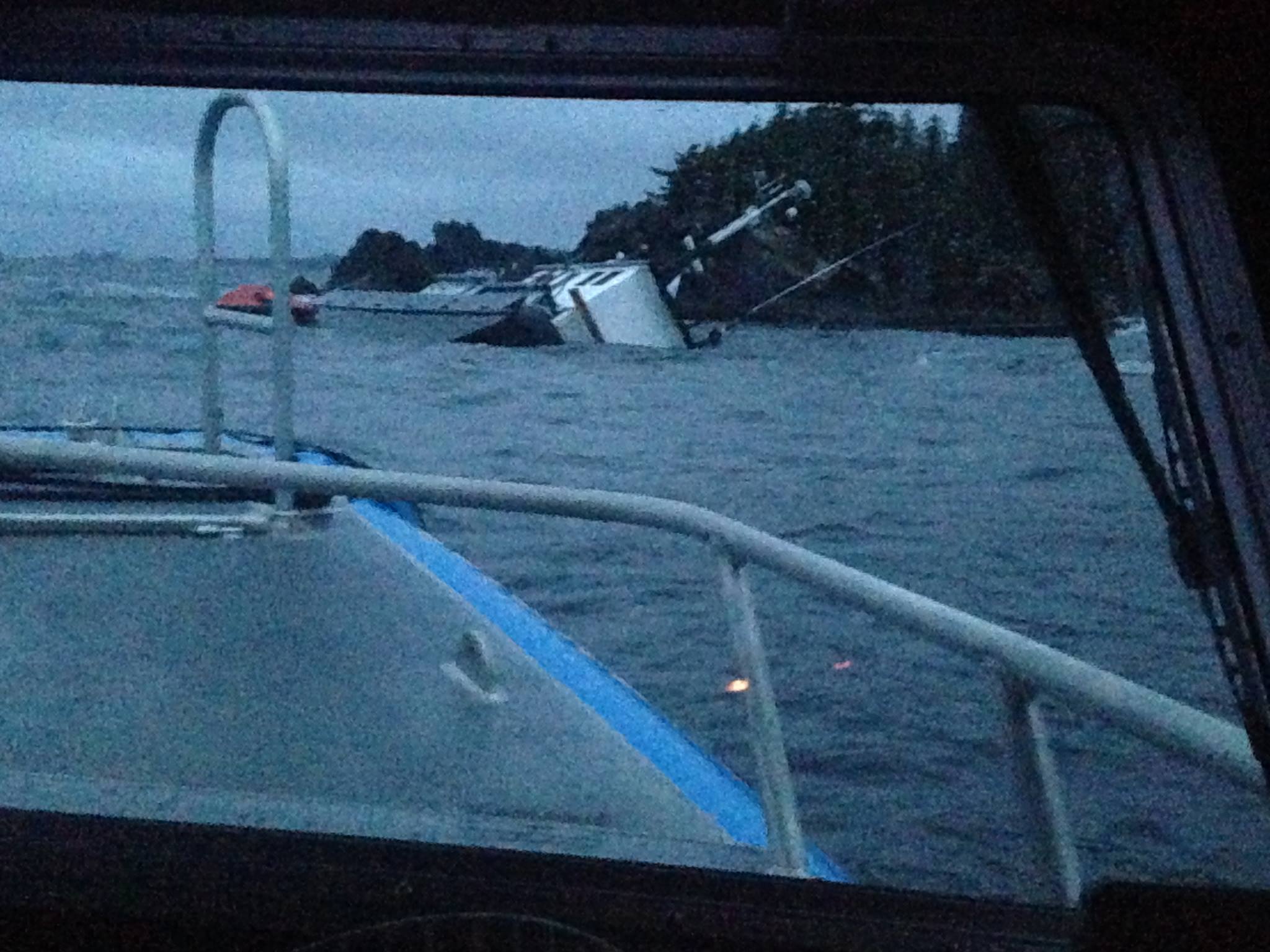 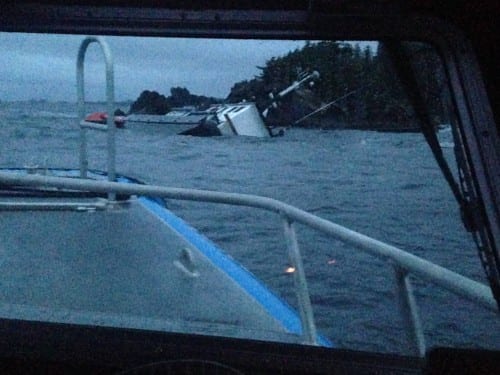 Four people were rescued from the F/V Eyak early Monday morning (1-19-15) after the boat went aground near Calligan Island, just north of the Goddard hot springs.

The Coast Guard received a call from a crew member on board the Eyak just before 5:45 a.m., stating that the boat was taking on water. The Coast Guard dispatched a helicopter from Air Station Sitka and requested assistance from the Sitka Police and Fire Departments and the Alaska State Troopers.

By the time Sitka Police Det. Ryan Silva arrived on the scene at about 7 a.m. in the city’s Emergency Response Vessel, the Eyak was already partially underwater: the 80-foot boat was listing so hard that “the deck was at the water’s edge,” Silva said. All four people on board were wearing survival suits, and they had a life raft inflated and in the water.

The four were safely brought on board the ERV, Silva said, along with their dog. Within about forty-five minutes of the rescue, the Eyak rolled off the rocks and started to sink.

The State Troopers identified the four people on board as 48-year-old David Castle of Sitka, the Eyak’s owner and captain; and 29-year-old Anna Zallau, 23-year-old Charles Wlaslewski, and 49-year-old Debra Rose, all of Port Alexander. All four were uninjured and did not require medical attention, according to the Trooper report.

The Coast Guard reported that the Eyak had about 500 gallons of fuel on board when it sank, and is being monitored.

The Eyak has for years served as the regular mail boat for Baranof Island’s small communities, including Port Alexander, transporting U.S. mail, groceries and supplies.

By Monday afternoon, friends had started a fundraising campaign on the site GoFundMe to help Eyak captain David Castle get back on his feet. As of midnight, it had raised more than $5,000.