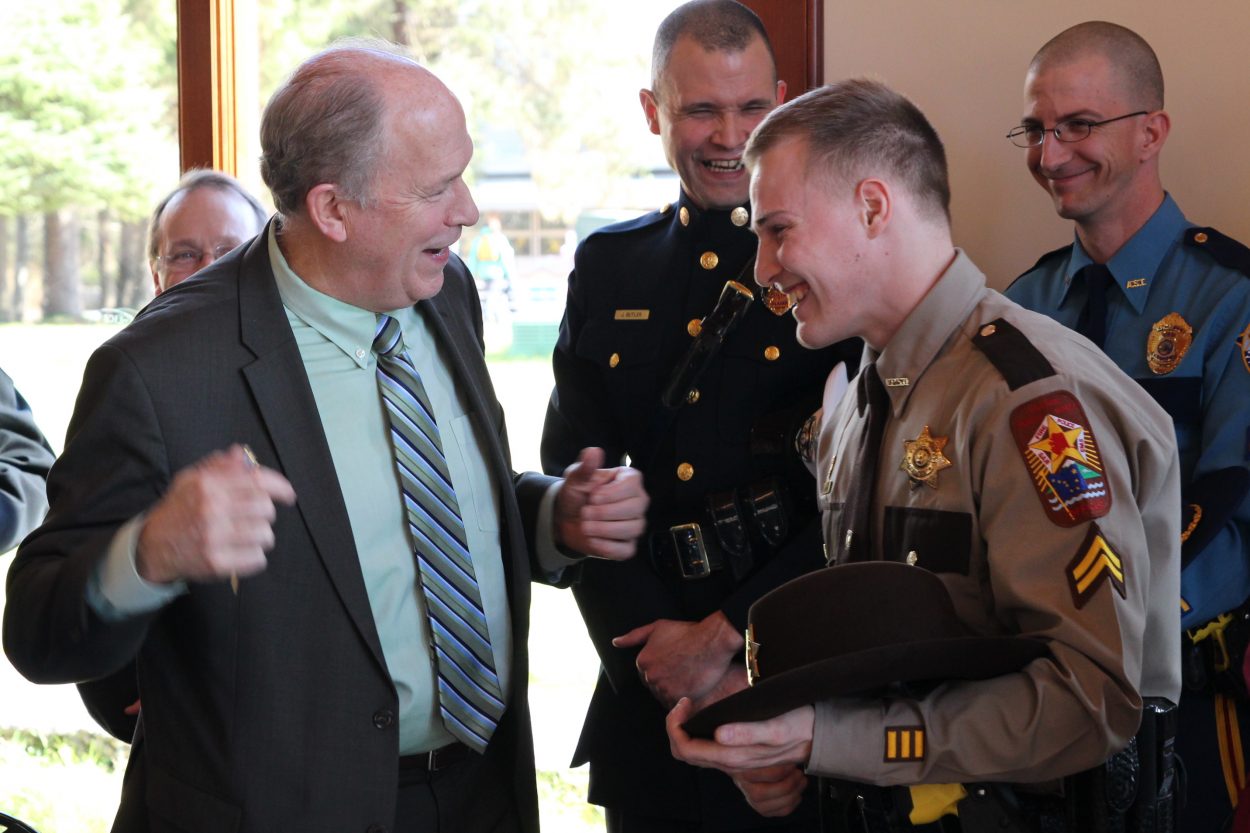 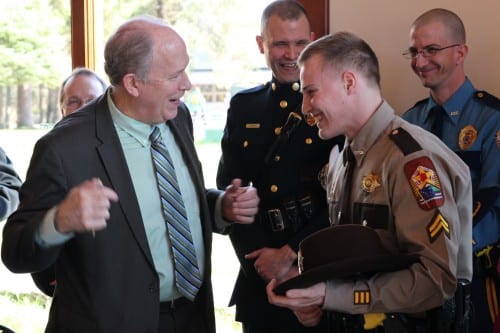 Two Village Public Safety Officers graduated from firearm training today (Friday, 4-3-15), becoming the first officers in the 40-year history of the program to be armed.

First Sergeant James Hoelscher of Hooper Bay and Corporal Michael Gagliano of Noatak were certified in a ceremony in Sitka attended by Governor Bill Walker and Lieutenant Governor Byron Mallott.

Mallott told the pair that they will be examples, closely watched by communities across the state.

“Those of you who carry firearms, you know why you carry firearms,” Mallott said. “You are there to keep us safe. You also know that there may be the need to go in harm’s way. And for that, as Lt. Gov, as a lifelong resident of this state, as a grandfather, as a parent, as one who grew up in a village, I thank you so much.”

Also on hand was Representative Bryce Edgmon of Dillingham. Edgmon wrote the legislation to arm village officers after VPSO Thomas Madole, of Manokotak, was shot and killed in in 2013.

Corporal Gagliano, standing with his one-year-old son in his arms, said after the ceremony that Madole’s death was one reason he’d gone through with the training. The two trained together when they were first hired.

“Tom was in my class here back in 2012, actually from the same state I’m from, so we were pretty close,” Gagliano said. “After he died, there was definitely some changes that needed to be made…and hopefully he didn’t die in vain.”

Of twenty-one officers who initially expressed interest in the program, three passed the physical test, background check and psychological screening necessary to participate in firearm training at the Public Safety Training Academy in Sitka, and two completed the course and graduated.