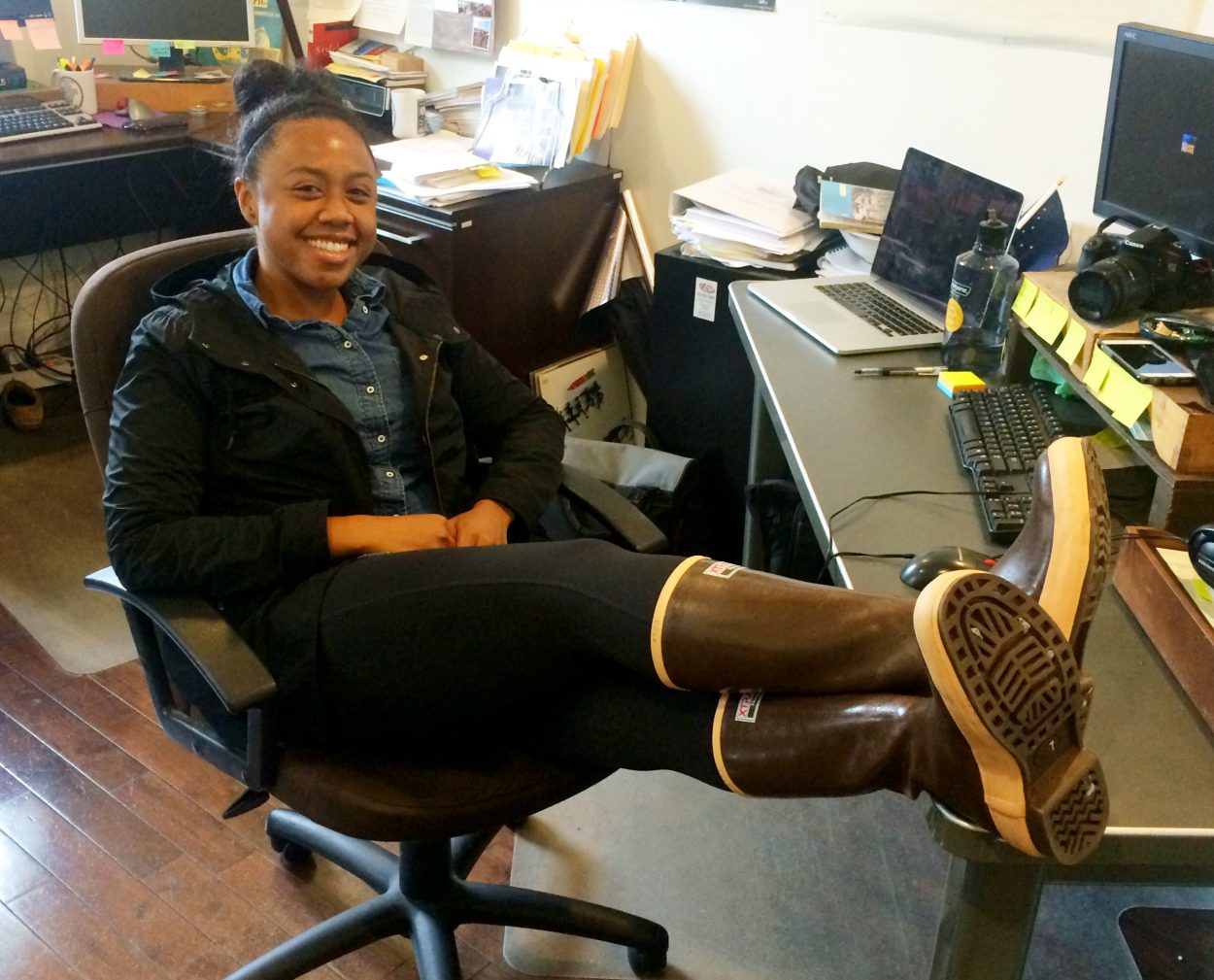 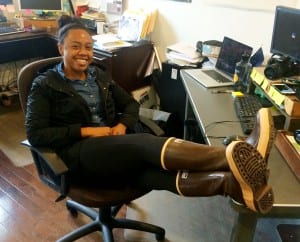 Vaness Walker opted for XTRATUFS sooner rather than later. “I was worried about getting swamp foot,” she says. (KCAW photo/Rebecca LaGuire)

After only 11 days on the job, KCAW summer news intern Vanessa Walker had her first story appear statewide on the Alaska Public Radio Network — her lovely profile of Carol Odess. On her 12th day, she appeared at work in brand-new XTRATUF boots, the signature footwear of Southeast Alaska. Originally from Vallejo, California, Walker says she was not used to walking back and forth to work in soaking footwear. “I really was worried about my feet,” she says. Walker has completed her first year at the UC Berkeley Graduate School of Journalism, where she plans to produce a documentary film. She readily admits that the timetable of film production is more relaxed than broadcast news. “The daily deadline at KCAW is important for any journalist to learn,” she says. And so is learning the local fashion!