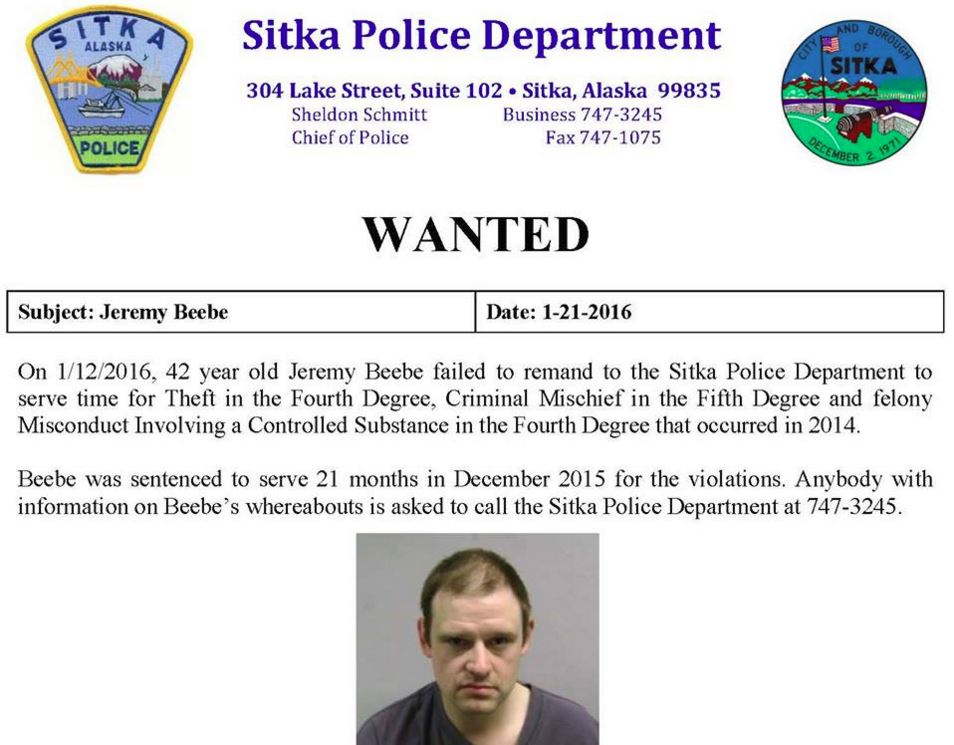 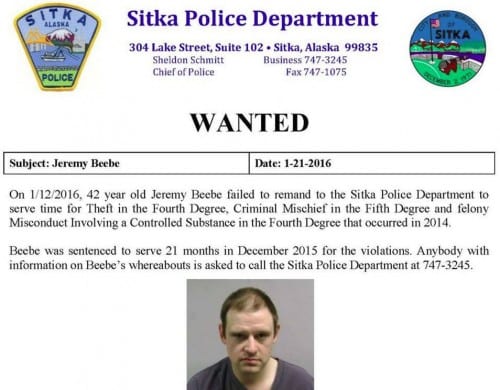 Police are looking for Jeremy Beebe, age 42, after he failed to report to the Sitka jail to serve a 21-month sentence. (Photo courtesy of SPD)

Police are looking for Jeremy Beebe, age 42, after he failed to report to the Sitka jail to serve a 21-month sentence.

Lieutenant Lance Ewers advises anyone with information on Beebe to come forward. “We would like to encourage our community to be on the lookout for Jeremy Beebe,” Ewers said.

On December 29th, the district court ruled Beebe serve a 21-month composite sentence for several offenses committed in 2014. Those include Theft in the Fourth Degree, Criminal Mischief in the Fifth Degree, and a felony misconduct involving a controlled substance in the Fourth Degree. It was Beebe’s second felony conviction.

Beebe was scheduled to report to the Sitka Police Department by 9 p.m. on January 12th, but did not appear. Ewers said, “He has decided to flee and run and hide and not turn himself in, so in an effort to convince him that it’s in his best interest, we’ll hope he’ll do the right thing and serve his time.”