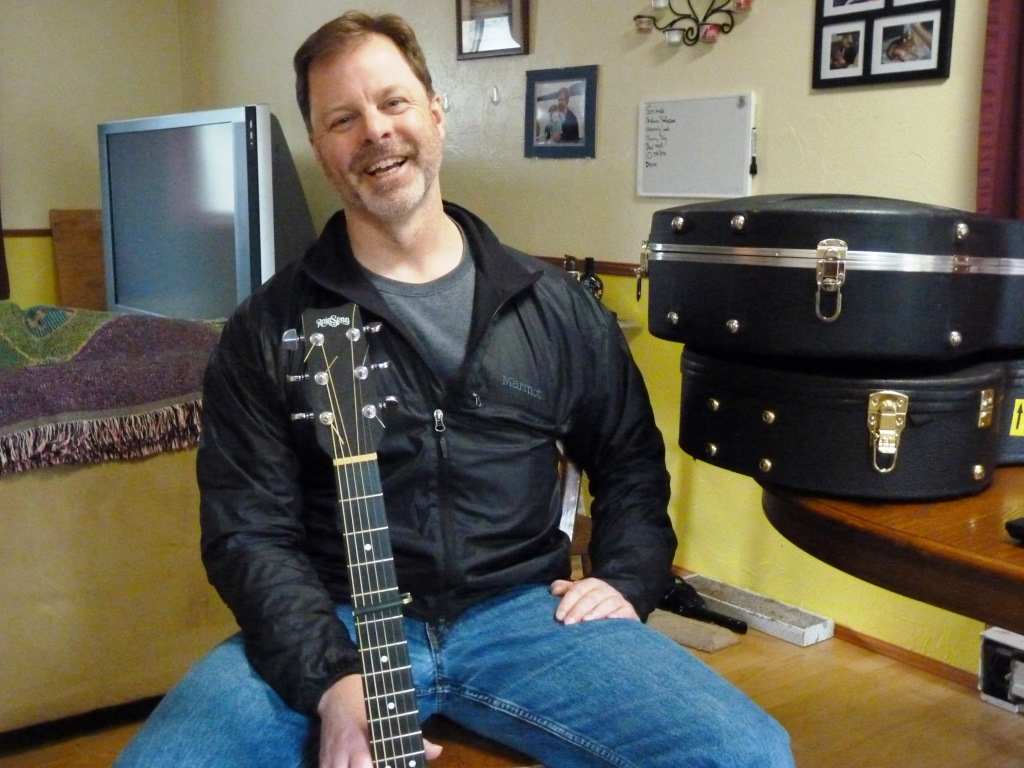 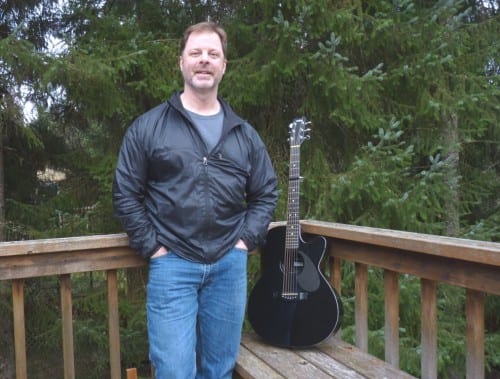 The Alaska Folk Festival, which some call the state’s largest talent show, runs April 4-10 in Juneau. It’s a sure sign of spring for the hundreds of musicians from all over the state who come to play, jam and listen.

We catch up with a Juneau singer-songwriter getting ready for the festival’s 42nd year. Kray Van Kirk is one of many performers who are serious about their music, but don’t leave their day jobs.

Kray Van Kirk loves to talk guitars, especially a custom-built, carbon-fiber instrument he hopes will arrive in time for the festival. He also likes to sing, write songs and produce music videos. 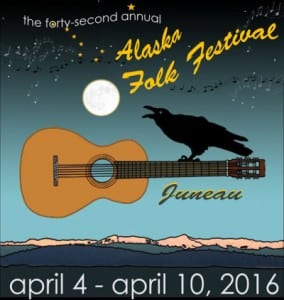 It’s his passion, but not his profession. During the day, he’s a fisheries statistician for the state.

And like most folk festival acts, he enjoys sharing the stage with a wide variety of performers.

“You get people who are incredibly talented and have been doing this for years right next to people who are on stage for the very, very first time,” he said. “It’s fun!”

Hanson, a guitarist and singer, said it’s tradition to allow anyone who fills out a form to try for a 15-minute set.

“If you’re an amateur musician, working on something in your living room, 15 minutes is a pretty achievable amount of time. And you don’t really have that many opportunities to play for an audience of a thousand people,” she said. 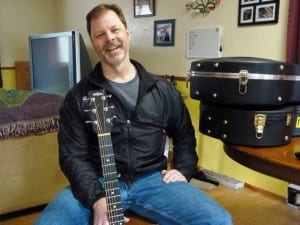 Not everyone makes it in. But it’s a question of time, not talent. About 140 acts will play this year, from a fifth-grade string band to a septuagenarian blues singer. Only one guest artist or band is paid. This year, it’s The Carper Family, traditional musicians from Austin.

The Alaska Folk Festival attracts beginners, as well as a steady stream of experienced players who don’t try to make it their living.

One is Van Kirk, a multi-genre musician who’s inspired by singers and instrumentalists from the British Isles.

He started learning guitar when he was 8, living in northern California.

“It was a toss-up between a ukulele and a guitar,” he said. “I said I wanted to play something. And probably, it was a good idea that the local music store had no ukulele.”

He kept playing and began performing while in college, which included street busking in Germany. He eventually dropped out of school to hit the road.

Before he settled down, Juneau musician Kray Van Kirk toured out of his van. (Photo courtesy www.krayvankirk.com)

“I was living in my van. And this was in the days before the internet and the cell phone. So I was booking shows and making calls from these roadside pay phones, shoving quarters in there and trying to get people to book me for shows,” he said.

Touring eventually brought Van Kirk to Southeast Alaska, and he liked it. He lived in Sitka for a while, then settled in Juneau around 15 years ago.

He took a break for a while to focus on raising his young daughter. But he didn’t stop writing songs.

He did take a 20-year break from recording CDs. He posted his music online at no charge. And even though he’s selling his new album, The Road to Elfland, he’s also giving it away through his website.

The album is Van Kirk’s latest musical project. It’s a 12-song CD, plus a video, based on the legend of Thomas the Rhymer, a 13th-century Scottish poet led off to a place called Elfland by the Queen of Faeries.

One of the songs is “Lost Lover’s Waltz.”

It’s part of his fascination with fantasy, folk tales and science fiction.

“What I do when I play songs is I’m reinventing myth. And I think that we can’t afford to lose myth. But we need to have myth that is relevant for us these days,” he said.

He’ll sing some of the Elfland songs at this year’s event.

“I’ve trotted out some new songs at the folk festival here a number of times over the years. And it’s always a great place to go on with a new piece and say, ‘Here you go,’” he said.

“I think people are very, very accepting and even if they’re not, it’s a great place to do it. Because if people are not accepting, they are saying, ‘That one doesn’t work,’ that’s a really valuable piece of feedback.”

Van Kirk’s folk festival set starts at about 9:45 p.m. on Wednesday, April 6. The whole folk festival will be livestreamed through www.ktoo.org beginning at 7 p.m. April 4.