Some must leave home to get help 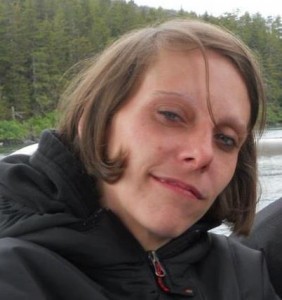 For all its prevalence in Alaskan communities, drug addiction can be a difficult health care problem to manage. Proper treatment depends on timing and access to services, which aren’t always available in small-town Alaska. Limited options mean it can be hard to beat addiction at home — forcing some people to leave all they know to find the help they need.

Thirty-three-year old Lael Grant was last seen in a Sitka grocery store in the early morning of October 15, 2012. Despite an intensive search she has never been found. Last summer, a Sitka jury declared her dead.

Her family believes Grant’s death was due in part to her drug addiction. She was using meth at the time of her disappearance.

Erika Burkhouse is Grant’s sister. When her mom called her in October of 2011 she knew there was a serious problem. Burkhouse flew from her home in Juneau to Sitka for a family intervention.
“And I hadn’t seen her for a while and I realized she was so thin, she was incredibly, incredibly thin,” Burkhouse said. “She looked absolutely awful. I took one look at her and burst into tears …That’s when I talked to her about her addiction and her use. It was at that point in time I just knew–we need to get you help or you’re going to end up dead.”

The two sisters sat together in her trailer and talked for two hours. Grant was at first angry, then she admitted she needed help. But they couldn’t coordinate a medical detox in Sitka. Burkhouse considers this moment a crossroads.

“The window of opportunity leaves quickly,” she said. “You have somebody who is addicted and they admit that they have a problem and right then at that point in time you have to give them the help that they need. So we missed that. Within a couple hours she was back to being defensive and not admitting anymore that she has a problem. We lost the opportunity, which is unfortunate, it was about a year later that she went missing.”

The right kind of treatment can be effective. But more often than not people need to leave home to get it. 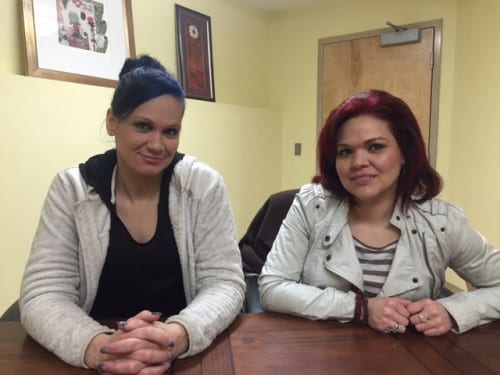 “Hi, this is Leanora, Leanora this is Brielle, Nice to meet you.”

I met up with Jennifer Blankenship-Douglas and Leanora Barton at the Bettye Davis Adult Re-entry Center in Anchorage.

“We grew up together in Sitka years ago.”

Both women got hooked on drugs in Sitka. They started at a young age huffing paint or smoking weed, drinking alcohol, partying in the woods. Their drug addiction caused them to lose custody of their children. And they both had to leave Southeast to get the treatment they needed.

“You have to leave everything and everyone you know and go someplace faraway like I did,” she said. “I was living in Ketchikan and had to come all the way to Anchorage to get treatment. Any person who knows and truly wants recovery knows 30 days is not enough at all. It took me 20 something years to create my problem and sit in it it’s going to take me more than 30 days to get over it.”

After an arrest last year on felony charges for possession with intent to sell meth, she could opt for treatment instead of jail. But after one month waiting for a treatment bed to open up, she went to talk to a counselor at the Ketchikan Indian Community, which has an outpatient substance abuse program.

“It finally got to the point and she was like, ‘What are your plans?’” she said. “And I said, ‘My plans are I’m going to use.’ And she’s like what I thought you wanted to go to treatment and I said, ‘I do. I don’t want to use but that’s what my plans are looking like real quick. The only people who want to have anything to do with me are drug addicts.’”

Blankenship-Douglas got a lucky break. She was able to get a one of the 42-beds at The Salvation Army Clitheroe Center, finished the treatment program, and then transferred to the Bettye Davis Re-entry Center, a halfway house. And that’s where her story and Barton’s intersect again. 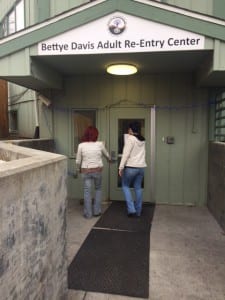 “Having a friend like Jennifer is just amazing. I couldn’t have done it without her,” Barton said.

Barton had been posting on Facebook about her struggles with a meth addiction and subsequent homelessness, crashing on park benches and friend’s couches. She’d been in-and-out of rehab nine times already but this time Barton was ready to get clean. Blankenship-Douglas reached out and got her to come to the halfway house. But before Barton moved in she wanted to sober up. She says a family friend in Metlakatla gave her money to rent a hotel for a week to detox. When she started living at the center she was nine days clean.

“Two or three days after I moved in here they found a lady frozen to a bench here in Anchorage,” she said. “That could have been me because that’s how I was living.”

“Some meetings you hear what you need and some meetings you don’t that’s the beauty and we keep coming back,” Blankenship-Douglas said. “Because if you don’t hear what you need today you might tomorrow. And if you don’t tomorrow you might the next day. That’s where we get our hope is hearing the stories of other addicts and hearing their successes their trials their tribulations all that stuff helps us to move forward.”

In Alcoholics Anonymous, members celebrate their birthdays as the day of their last drink. Barton’s sobriety birthday is Nov. 6, 2015. Blankenship-Douglas has been sober now for 14 months, the longest ever in her adult life. Her birthday is April 1, 2015.

“Everyday that I’m given clean and sober is another blessing,” Blankenship-Douglas said. “I really believe if I would’ve stayed in Sitka it wouldn’t have happened.”

Barton has to wait on assessments from the state before she can be placed in a treatment program in Anchorage. This process can leave Alaskans waiting for weeks, even months, which is a long window when you’re struggling with addiction. Barton applied in November and hasn’t heard back.

Addiction is a small community in rural Alaska. Blankenship-Douglas and Barton knew Grant. They did drugs with her. And their stories could have had similar endings. But they didn’t because they were able to get help.

“There’s not a day that goes by that I don’t think about Lael and if I can honor her memory in any way it’s by staying clean,” Blankenship-Douglas said.

They both feel like they owe that to her in their recovery.

This is part one of a two-part series. Listen to the second part here.