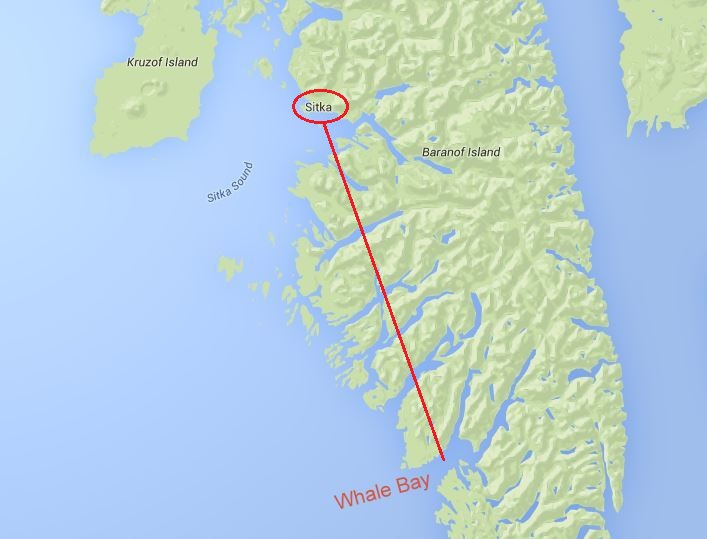 The whale was first seen about 40 miles southeast of Sitka in Whale Bay. (KCAW image)

The National Oceanic and Atmospheric Administration is searching for a whale reported dead near Sitka earlier this week.

NOAA spokesperson Julie Speegle says her agency has received several calls regarding a beached whale at Whale Bay, on southern Baranof Island. Two biologists are scheduled to do an overflight of the area with the Coast Guard today. If the whale is still there they’ll land, collect tissue samples, assess the condition of the carcass, and determine if it’s accessible for a necropsy. If it is, they will secure the whale to the beach, and a veterinary pathologist will perform the necropsy later this week.

Anyone who spots the whale in the meantime can call the 24-hour hotline at the Alaska Marine Mammal Stranding Network at (877) 925-7773.