Smoke on the Water: The Sinking of the Prinsendam 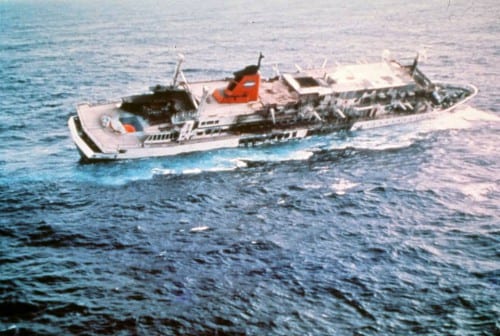 It’s been called the greatest high seas rescue in the history of the Coast Guard. On October 4th, 1980 the luxury cruise liner Prinsendam caught fire in the Gulf of Alaska, between Yakutat and Sitka. Despite an incoming typhoon, 30-foot seas, and 100-meter visibility, every one of the more than 500 passengers and crew escaped before the ship burned and sank.

Rich McClear brings you an hour-long look at that fateful day. The program aired on October 9th, 2016 on Raven Radio. If you missed it, you can hear it in its entirety here!

Boutwell Rescue (2) Crewmember can use the Jacob's Ladder