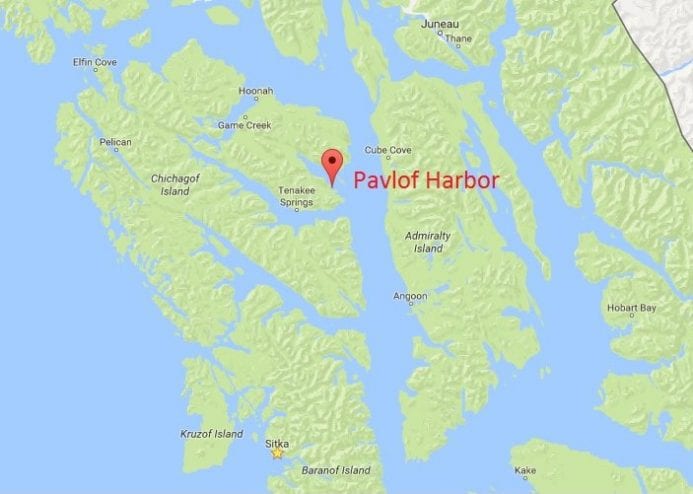 Pavlof Harbor is 57 miles northeast of Sitka. According to the Coast Guard, the 76-year old suffered a compound fracture of her left leg, in a fall down stairs aboard the Island Spirit.

A 76-year old woman is recovering in Juneau from injuries she sustained falling down stairs on a cruise ship over the weekend.

A helicopter crew from Air Station Sitka medevaced the woman from the cruise ship Island Spirit in Pavlof Harbor, about 57 miles northeast of Sitka on Chichagof Island.

The Island Spirit notified the Coast Guard of the incident Sunday evening (8-27-17). According to a news release, the woman had fallen down stairs on the ship and suffered a compound fracture of the left leg, along with arterial bleeding.

An Air Station Sitka helicopter was on scene shortly before 9 p.m. A rescue swimmer and flight nurse provided emergency first aid to the woman, to control the bleeding and reduce the risk of shock. She was hoisted aboard the helicopter and flown to Bartlett Regional Hospital in Juneau.

Weather at the time of the rescue was rain, 7 mile-per-hour winds, and two-foot seas.