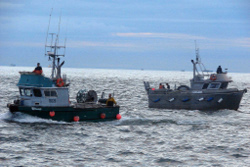 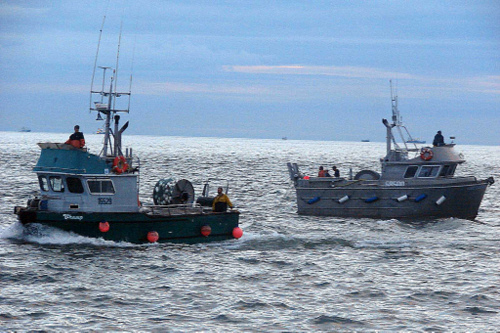 Sitka-based Silver Bay Seafoods has acquired property in Bristol Bay for a new processing operation there. The company plans to sell shares in the operation to raise the $25-million needed for construction. Beginning in 2014, Silver Bay hopes to process large portions of the Bristol Bay driftnet salmon fishery, and the Togiak sac-roe herring fishery.
Listen to iFriendly audio.

The first announcement that Silver Bay Seafood’s was planning to open a processing facility in Bristol Bay came in late November on the Deckboss blog run by veteran Alaska journalist Wesley Loy. The company has purchased 8-acres of industrial zoned property on the Naknek River adjacent to the Leader Creek Seafood’s facility, and plans to construct a high-volume processing plant on that land that will have the daily capacity to process and freeze 2.4-million pounds of salmon and 900-tons of herring.

To pay for construction of the plant Silver Bay Seafoods is offering to sell ownership interest for $25-thousand dollars for each one-tenth of one percent of the new company called “Silver Bay
Seafood’s-Naknek LLC.”

The news that a new seafood processor is coming to the Bay has been met with enthusiasm by many stakeholders in the Bay’s commercial salmon fishery including the Bristol Bay Economic Development Corporation, which is the Community Development Quota organization for Bristol Bay.

Robin Samuelsen is a commercial fishermen and the CEO of BBEDC.

“The processing capacity of Bristol Bay is way down from 10-20 years ago. It’s good to see a fresh company like Silver Bay come in to process salmon and pay fishermen a fair price. We own 50-percent of Ocean Beauty, which has a plant in Naknek. I have joy that Silver Bay is coming in to compete with us. The fishermen are going to benefit.”

Silver Bay notes that the ownership offering is primarily intended for investors who own or operate refrigerated vessels participating in the Bristol Bay salmon drift net fishery. Silver Bay points out that the offering price of $25-thousand dollars per one-tenth of one percent is based on a $25-million dollar capitalization of the new company. Silver Bay is purchasing a minimum ownership interest of 60-percent in the new company for $15-million dollars. The new processing facility in Naknek is scheduled to be up and operating in May of 2014 and the initial $25-million dollars is expected to cover the actual cost of the real estate and the costs associated with building the new processing facility.

Silver Bay Seafoods has already put up over $2-million dollars to purchase the land for the new facility. Silver Bay Seafood’s says they will meet or exceed the highest ex-vessel grounds price and provide large volume, reliable tenders. The new company will apparently be led by a 5-person Board of Representatives.

Silver Bay Seafood’s is a relatively new player in the seafood processing industry in Alaska and currently runs facilities in Sitka, Craig, and Valdez. A high percentage of the seafood is sold to international buyers for re-processing and distribution into the Asian, European and U.S. markets. Currently over 70-percent of
Silver Bay Seafood’s is owned by 125-member fishermen.

The company was founded in 2006 this past season the company recorded is 6th consecutive profitable year and the company distributed $7-million dollars in profit sharing payments to fishermen. Silver Bay Seafood’s apparently plans to have a fishing fleet capable of harvesting 18-percent of the annual driftnet harvest in Bristol Bay and they hope to be able to buy 30-percent of the annual Togiak sac-roe herring harvest.