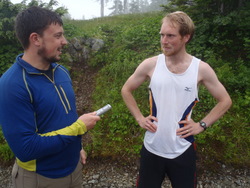 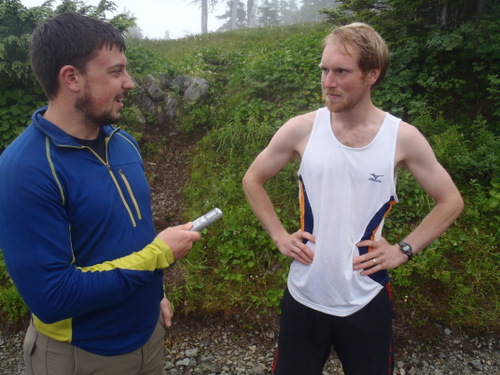 See the official results from the 2013 Alpine Adventure Run.

Two new records were set this weekend in Sitka’s Alpine Adventure Run.
Emily de La Bruyere won for the women and set a record, with a time of one hour, 21 minutes and 15 seconds. Second place for women went to Tasha Folsom, at one hour, 23 minutes and 57 seconds.

Sam Scotchmer was the first person across the finish line, winning the men’s field at one hour, 4 minutes and 3 seconds. Sam broke his previous record of one hour, six minutes and 29 seconds, set in 2011.

Jonathan Kreiss-Tomkins took second in the men’s division at one hour, 8 minutes and 4 seconds.

Some 75 people ran in the race, but not all finished. Penny Brown, who is the race director for Sitka’s first Cross Trail Marathon, to be held in August, seriously sprained her ankle during the race. She was taken off the course by Sitka Mountain Rescue.

Her injury comes a few weeks after Alpine Adventure Race co-director Christine Horan fell on a test run of the course, and broke her hip.

Two other runners also did not finish because of injuries.

Competitors in the Alpine Adventure Run start near sea level and travel up the more than 2,100 feet of Gavan Hill, before following a rocky ridge around to the top of Harbor Mountain.