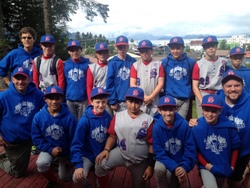 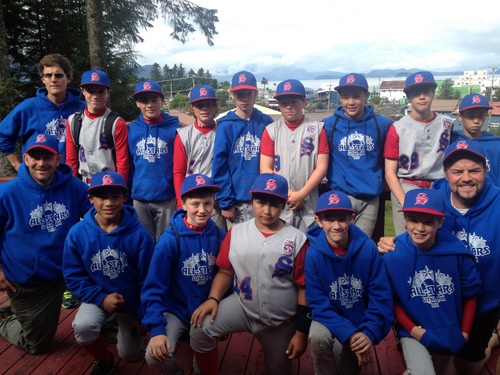 The Sitka All-Stars defeated perennial Little League powerhouse Juneau on Sunday, and will meet Anchorage in a five-game series this week for the state title.

The 2013 District 2 Little League tournament wrapped up Sunday in Wrangell.
Listen to iFriendly audio.
After a grueling week of games, Sitka has come out on top.
Sitka swept Sunday’s championship game against Juneau five to one.
Juneau coach Bob Cox says his team felt good going into the game, but Sitka came out strong from the start.

“Oh we felt pretty good. We had a great game against Ketchikan in the semi-finals. We went into the game with a lot of energy, but the kids came up short. We lost 5-1. Sitka had a really good game plan they put together, and they played really well.”

Sitka and Juneau had already come head to head on the ball field once before in this tournament, with Juneau triumphant.

“One of the neat things in the adversity of that initial loss to Juneau: It really brought the team closer. They relied on each other more. And we really executed defensively in that game against Juneau.”

Riggs says his team knew Juneau would be a tough opponent in the finals. He says Sitka is happy with the outcome, but the most important thing for them is how they work together as a team.

“We are truly a team of thirteen. Everybody has a role on this team. I think that this championship really showed that. What I asked of the boys before the took the field was to make sure that at the end of the game they were satisfied that they had given their very best effort on the field, individually and for the best interest of the team. Regardless of the outcome, they could be satisfied with it. As it turned out, all thirteen guys on the team made a positive contribution to the final outcome, and it was truly a team effort — not just in this game, but throughout the course of the tournament.”

Anchorage is the all-star team for District 1. The teams will play a five-game series.