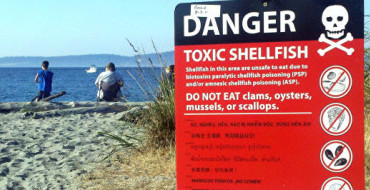 State health official Louisa Castrodale says a man and a woman had to seek treatment at a hospital emergency room after consuming the clams Oct. 18th.

She says they ate two clams each and developed typical symptoms for limited exposure.

“Tingling around the mouth, and tingling in the fingers, the lips and things like that. Sometimes they can have gastrointestinal systems, like nausea and vomiting. This is just in general,” Castrodale says. 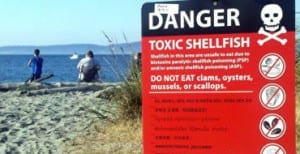 “Folks who are more severely affected can have muscle weakness or issues breathing.”

Both patients were treated and released.

You’ve heard this before. But Castrodale stresses there’s no way of knowing what shellfish is safe to eat.

“There’s no broad testing program for recreationally harvested shellfish. So you can’t tell if there is toxin or paralytic shellfish poising in shellfish by just looking at it,” she says.

Commercially sold shellfish are tested and only sold if they’re safe.

Clams, mussels, oysters, geoducks and scallops can contain the poison. Crabmeat is not known to hold the toxin, but crab guts can.