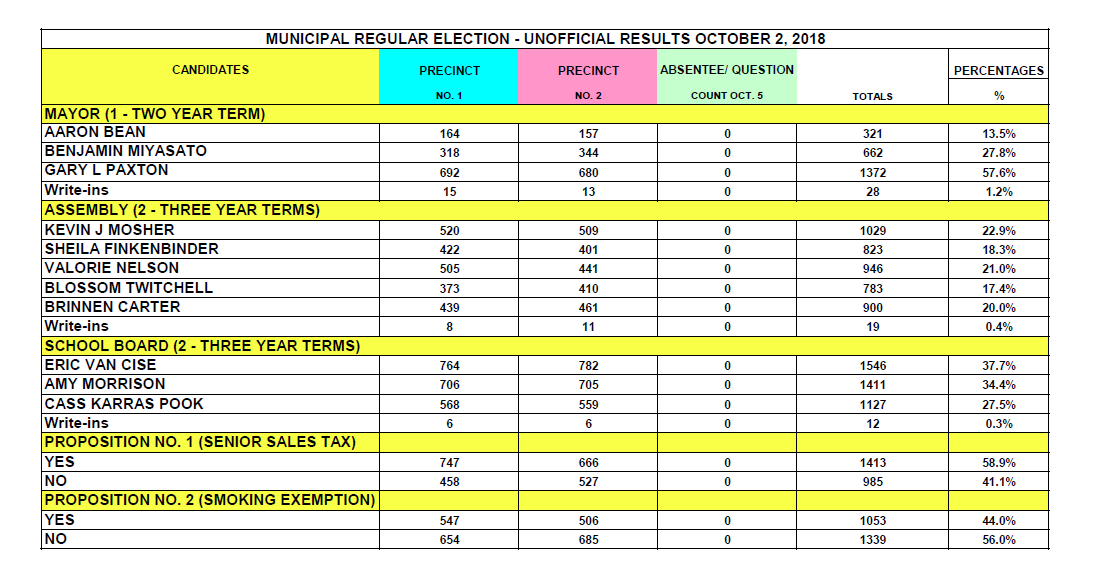 The unofficial results for Sitka’s municipal election are in: Unofficial Results 2018

Gary Paxton is Sitka’s mayor-elect, garnering nearly 60% of the vote between Precincts 1 and 2. By not winning the mayoral race, Ben Miyasato will no longer be on the Assembly. Aaron Bean will remain on the Assembly, with one year left to his three-year term.

Kevin Mosher and Valorie Nelson are the top vote-getters for two seats on the Sitka Assembly. Brinnen Carter is 46 votes behind Nelson.

Proposition 1 passed by a margin of 59 to 41. The senior sales tax exemption will be reinstated once the election results are certified on October 9th, and the $350 rebate program removed. This effectively reverses the Sitka Assembly’s decision earlier this year.

Proposition 2 failed by a margin of 44 to 56. The statewide smoking ban, which went into effect yesterday (10-01-18), will apply in Sitka. Current establishments that allow smoking, including the Pioneer Bar, Ernie’s Old Time Saloon, and the American Legion Post 13, will be expected to comply. Smoking is now banned in those establishments.

These results are unofficial. Election officials must still count up to 550 absentee/advanced voting ballots (they have received 532 so far), 29 question ballots, and 4 personal representative ballots. The city will conduct that counting at 3 p.m. at Harrigan Centennial Hall on Friday, October 5th.

Here are the unofficial voting results: 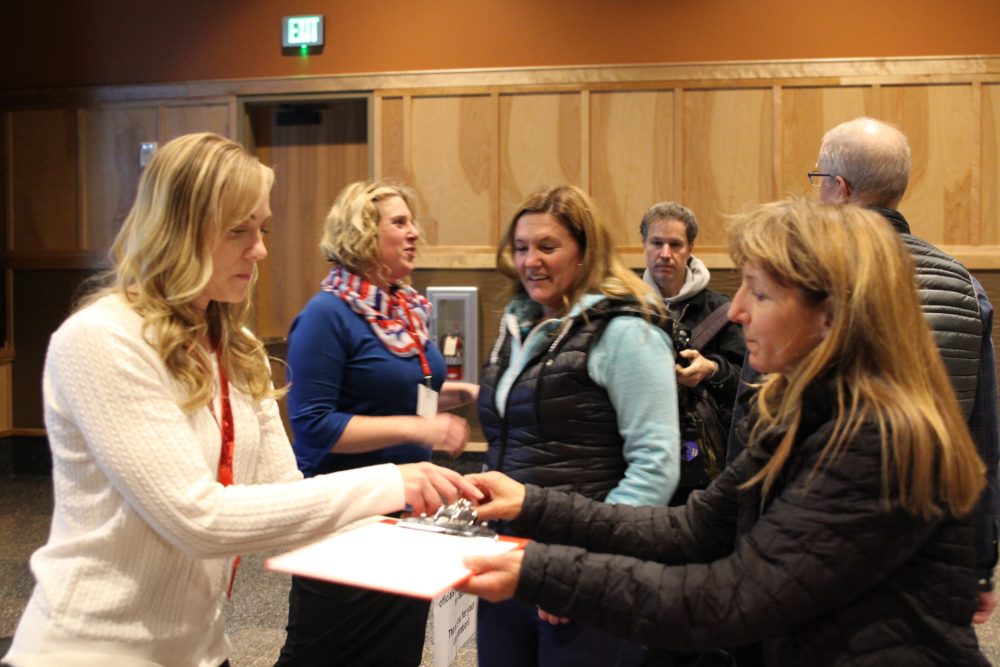